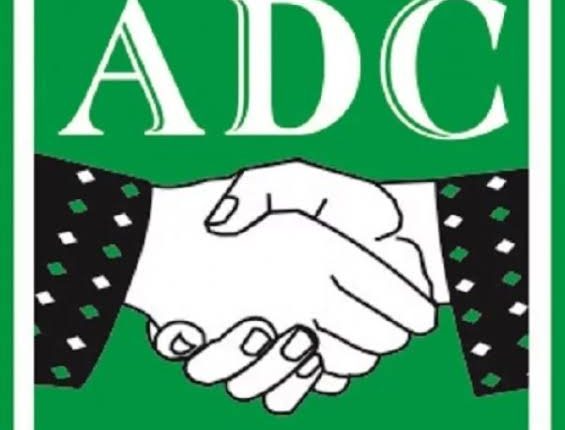 ADC made the disclaimer through its state publicity secretary, Barr. Bimpe ADELOWO in a released statement made available to pressmen in Wednesday.

The party explained that, any individual can declare his or herself for governor Seyi Makinde 2nd term but unacceptable to use ADC in such arrangement.

ADC is a political party registered by INEC with chapters across 36 States of Federal Republic of Nigeria which Oyo State is one of the  chapters.

It is true that Oyo State Chapter of the ADC towards 2019 governorship Elections  with the approval of the National headquarters of the Party and other political parties in the Oyo State entered into a coalition arrangement with PDP which was rewarded by the emergence of Governor Seyi Mankinde as the Executive Governor of Oyo State.

ADC Oyo State in accepting offer to form the coalition Government under the leadership of Governor Seyi Mankinde donated some of its members to serve in various capacities as agreed under the Coalition agreement; and we acknowledge the fact that our party has not withdrawn from the Coalition Agreement and neither we take any position on going into coalition arrangement with any political party in 2023 general Elections nor endorse ambition of anyone let alone declaring support for the 2nd term bid of Governor Seyi Mankinde.

Our party is a political party with open platform for any of its members to express and realize their ambition of becoming anything including governorship ambition.

We want to further say at this juncture that ADC is not a group but a political party that has procedures and processes of making decision and there has not been a time or forum where a proposal, for the adoption or endorsement of Governor Seyi Mankinde as sole candidate of our party in 2023 governorship Elections, was presented, discussed and resolved.

We acknowledge that some of our members in their exuberance and excitement over the guesture of Governor Seyi Mankinde in fulfilling part of Coalition Agreement, may have expressed their desires to support 2nd term bid of Governor Seyi Mankinde, such individuals’ world view does not translate to the collective decision of the party and it cannot be.

Any member of our party who may have expressed his/her support for Governor Seyi Mankinde’s 2nd term bid only did so in the exercise of his/her right of expression.

We hereby distant our party in Oyo State from any purported declaration of support for the 2nd term bid of Governor Seyi Mankinde for such has no approval of National headquarters of our great party.