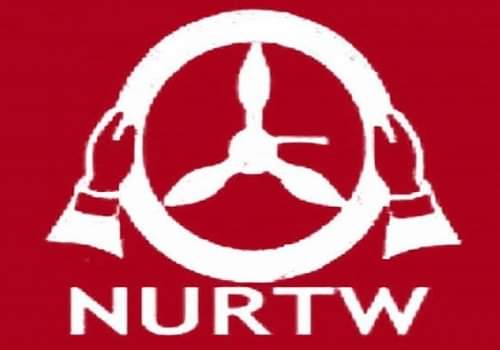 NURTW: In Ensuring Security Of Life, Governor Makinde Should Emulate The Legacy Of Ajimobi – Group

A coalition group named Peace and Better Governance Movement has applauded the Executive Governor of Oyo State, Engineer Oluseyi Makinde in his modest way of governing the state.

While addressing newsmen in Ibadan, the state capital on Thursday, the spokesperson of the movement, Aare Aina Alagbe advised that the Governor should work on the security of life and property to add more value to his achievements.

He said, “Security of life and property should be the utmost concern of every government. One will simply agree with me that the NURTW saga in Oyo state has constituted largely to the crisis that has erupted the state in time past especially during the period of Christopher Alao Akala which gave the union popularity and affiliation to the politics of the state”

However, the past government tried his possible best in ensuring security of life and property. One will ask, how did they effect the peaceful atmosphere?

Almost eight months now that the Executive Governor of Oyo state ban the activities of National Union of Road Transport Workers, Oyo State because of the unrest that took place at the swear in ceremony of May 29, 2019 where the supporters of Mr. Mukaila Lamidi popularly known as Auxiliary and Alhaji Olayide Eji Ogbe started another form of crisis which has long abandoned in the state.

There’s is need to periscope who to occupy the number one driver seat in Oyo state among the contestants. Alhaji Oloruntobi, Alhaji Opeyemi, Alhaji Amolese, Alhaji Abideen Eji Ogbe, Alhaji Mukaila Auxiliary, and Alhaji Waheed Adeoyo are all in the race to become the NURTW State Chairman. Let’s go for who has a character that is unquestionable, someone who has been tested and trusted, one who will not take the union back to the bloody days. The governor should also consider the educational background of whoever that will become the chairman of the union.

There are lots of interested candidates with questionable character that should not be allow to lead in other to maintain peace and stability in the present government of Engineer Seyi Makinde. The governor should not allow someone who will be masterminding the killing and maiming the people of Oyo state like rat.

Don’t forget that one of the aspirants Mr. Mukaila Auxiliary some years ago caused the mayhem that led to the lose of life of a medical student, Adekunle Oladipupo on March 2, 2014 at Iwo road during the era of Alao Akala which later sentenced him to six years imprisonment. And all through the period of the immediate governor of Oyo state, the state maintained peace and harmony even the transition of the NURTW was peaceful and the state can’t trace any casualty to the union. This alone is a landmark achievement for the last government to boast in the area of security. The present governor can just emulate this side of the achievement of the past administration by not allowing the bandwagon of those who fail the past government to affect his prestigious and peace loving administration.

Also, there is another figure amidst the candidates that led an attack on the members of Peoples Democratic Party during the campaign that ushered in the present administration of Oyo state. We all know all this people, we don’t need to hide under any canopy of fear. Those people have never change and they will not change. Gone are the days of blood shielding in Oyo state, we want peace and nothing but peace the spokesperson added.

For the governor to achieve better in developing the state, security of life is very important.

30,000 Minimum Wage : Workers Welfarism Is Important To Our Government – Makinde

Akobo-Ojurin Road : Makinde To Speed Up Construction With New Contractor