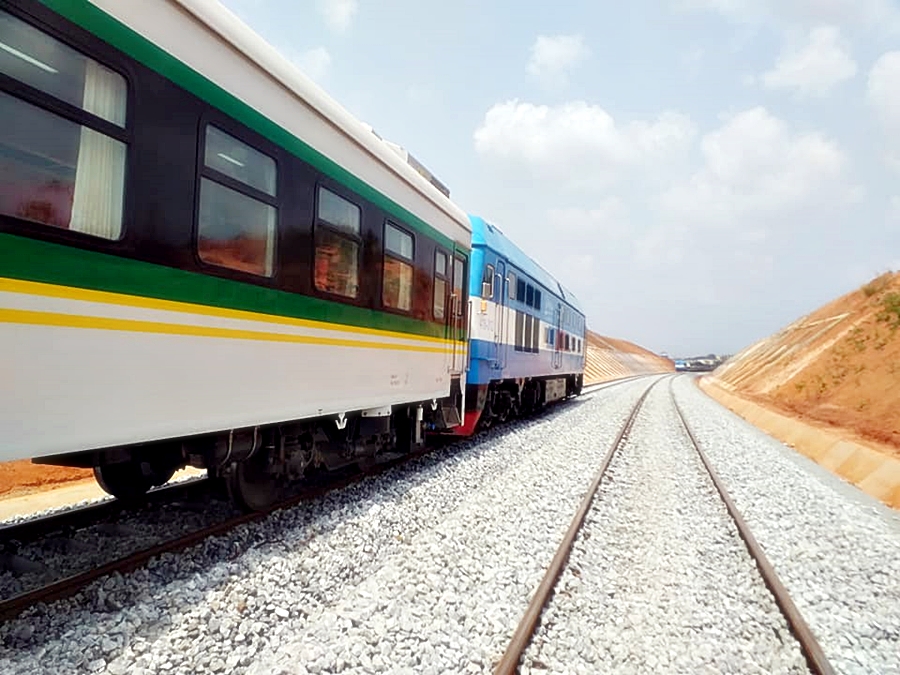 Managing Director of the Nigeria Railway Corporation (NRC), Engr. Fidet Okhiria had last week said the Lagos-Abeokuta axis would be completed in next 10 days during a routine inspection of the project on Friday Minister of Transportation, Mr. Rotimi Amaechi.

Nigeria Railway Corporation on Friday with Rotimi Amechi inspected and test-run the coaches from Lagos to Abeokuta station. According to the minister of transportation, the minister who personally took it upon himself to check and see the rails said the government is satisfied with the work done so far on the site and assures Nigerians that Lagos-Ibadan Railway would be ready by the end of June, 2019.

In a related development, the Minister of Transportation, Mr. Rotimi Amaechi during a routine inspection of the project said the Vice-President, Prof. Yemi Osinbajo would flag off the free train ride on Wednesday next week (February 6).

He said, “I am impressed. The Vice-President will ride the train on February 6. He is coming to flag off the passengers’ use of the first phase from Lagos to Abeokuta which would reduce travel time from 1 hour 30 minutes to 45 minutes.”

“They have gone far with the civil works. So the problem they have now is that they have to blast the rock which they are doing so that before the end of June, what will be the problem is stations and communication system”, he added.