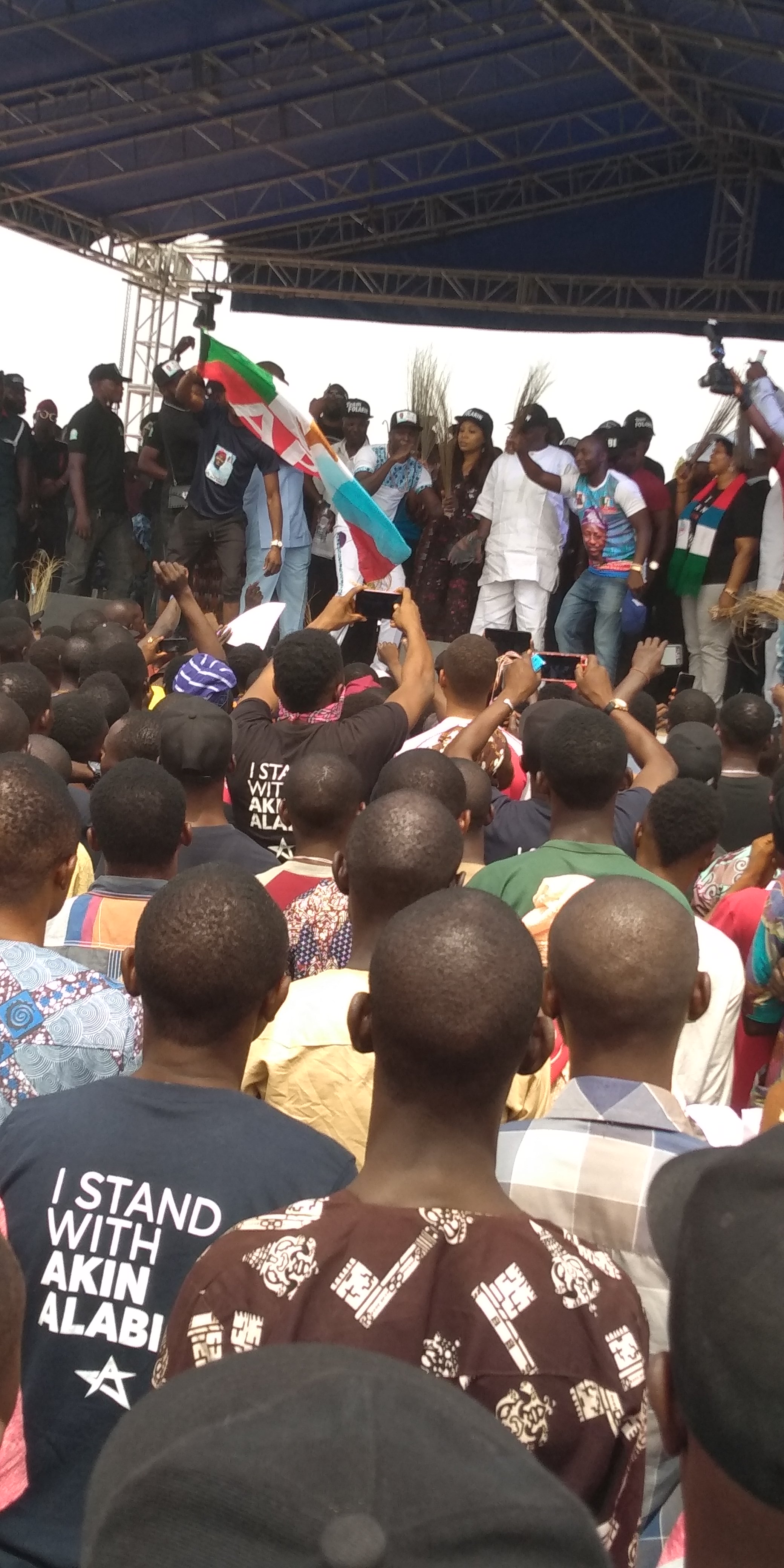 The event also witnessed unveiling thousands of supporters of a former governor of Oyo State, Senator Rasidi Ladoja who defected to APC in the council.

Addressing his fans, loyalists and members of All Progressive Congress party in Egbeda and Ona Ara, Akin Alabi said, he is more than happy to be within the progressive family, saying Governor Ajimobi had proved to be the the wisest by forming a formidable team for each local government for next year general election.

He said, he knows Egbeda and Ona Ara people are being denies of a dividend of democracy through bad elected representatives but assures them of better representation as soon as they use their votes to elect the Oyo Central candidate, Senator Teslim Kolawole Folarin, the APC governorship candidate, Chief Adebayo Adelabu, he ( Akin Alabi ) as Egbeda/Ona Ara Federal House of Representatives and the newly introduced young politician, Usman Buraimo for Egbeda state constituency.

In his own address, Senator Teslim Folarin implores the people of Egbeda and Ona Ora to shine their eyes very well, not to try and votes for thieves in PDP, claims he had wined and dined with them since inception of the party, so knows all of them are serial robbers. He also praise Senator Ajimobi for the knowledge and wisdom he had used and still using to lead APC in the state.

The APC candidate for Egbeda House of Assembly, Usman Buraimo ( Ultra ) display more than happiness as he laments his readiness to win it all for APC party from her presidential candidate to his own state assembly. Buraimo also knows as Ultra while informing the people of Egbeda about his readiness to be a representative that will bring them the needed palliatives and democracy dividends.

While welcoming the decampees to progressive family, the Deputy state Chairman of APC, Chief Adeyemo promises the defectors of an equal shares of Political gains in APC, said the party will not see them as new comers.

Akin Alabi a philanthropist, who is presently the most popular politician in Egbeda/Ona Ara was accompanied his friend, the son of late Prof Peller ( the magcian ) Hon. Shina Peller who is also a candidate of All Progeassive Congress for Federal House of Representatives for Iseyin/Itesiwaju/Iwajola/Kajola. Paso Poly a Fuji upcoming star and Skuki the hip-hop artist grace the occasion with music.