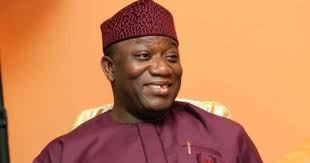 Oni, who came second distant in APC’s governorship primary election in Ekiti State, is contending that Fayemi was not legally qualified to take part in the contest having failed to firstly resign his position in President Muhammadu Buhari’s cabinet.

Recall that Fayemi won the party’s primary poll on May 12, while as the Minister of Mines and Steel Development.

Fayemi officially resigned the position on May 30, about 18 days after he clinched the APC governorship ticket with a total of 941 votes as against 481 votes polled by Oni.