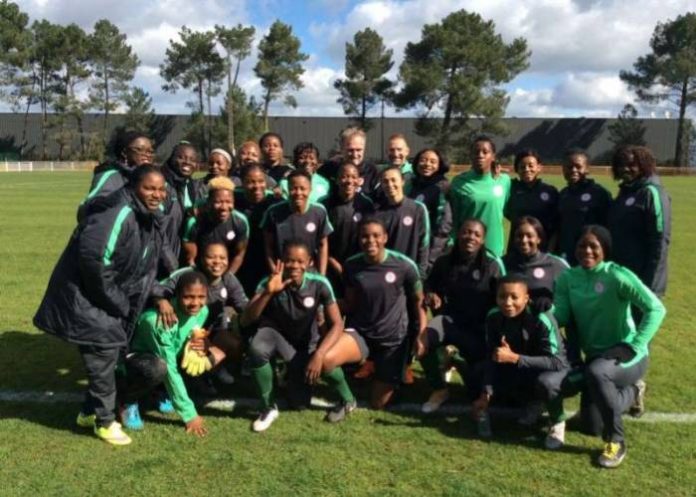 In a bid to get the best out of the Super Falcons in next year women’s World Cup in France, the NFF has lined up two tournaments in China and Cyprus to kickstart the team‘s preparation for the mundial.

The Super Falcons will have their hands full at the 2019 FIFA Women’s World Cup after they were drawn in Group A alongside Norway, Korea and hosts France.

While reacting to the Saturday’s draw in Paris, the president of Nigeria Football Federation (NFF), Amaju Pinnick said the Federation has lined up series of tournaments for the African champions ahead of the competition.

“Presently, we have firmed up two tournaments in China and Cyprus for the team, and we are talking with a few countries and organizers for matches and tournaments.

“We will give the Head Coach and his team the necessary support to prepare the team adequately for the competition,”.

Talking about the chances of the Falcons to make it out of the group which had been dubbed by many as group of death, The CAF first Vice President said the team must have adequate preparation if they are to give good account of themselves at the tournament .

“The Koreans are very technical and have pace but we will confront them with our physical strength, ability and pace of our own and we have a great chance in there. I know the Norway team, more than they know us or can hope to know us.

At the end of the day, it would come down to preparations. We must prepare very hard and then take it one match at a time during the finals,” the Swedish tactician said at the mixed zone following the ceremony“.

Falcons will begin their campaign against Norway in Reims on 8th June, before FA ing the Koreans in Grenoble on 12th June, and the last group match will be against the hosts France in Rennes on 17th June.

COVID-19: Bimbo Adekanmbi Gives Out Bags Of Rice To Relief…