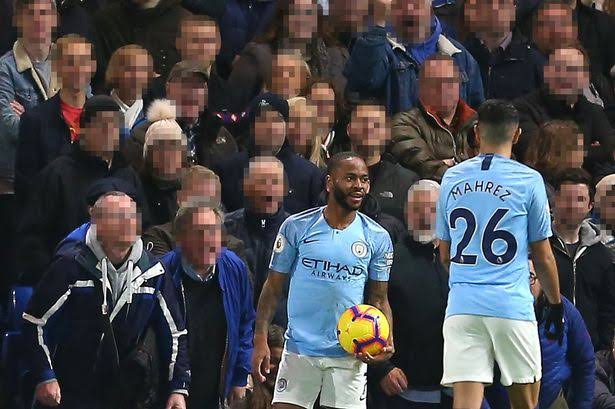 Chelsea have suspended four people from attending their matches while the club carries out an investigation into allegations Manchester City star Raheem Sterling was racially abused during Saturday’s Premier League clash.

Chelsea and the British police are investigating the incident, which has provoked widespread condemnation amid fears football is returning to the dark ages of racism that blighted the sport in the 1970s and 1980s.

Chelsea have taken swift action to temporarily suspend four fans until they have concluded their probe, with the threat of permanent bans if they find evidence of racist behaviour.

“Chelsea Football Club has suspended four people from attending Chelsea matches pending further investigations into allegations regarding the behaviour of supporters towards Raheem Sterling during our match against Manchester City on Saturday,” a Chelsea statement read.

“Our investigations into this matter are ongoing. We are fully supporting the police investigation and any information we gather will be passed on to them.

“Chelsea Football Club finds all forms of discriminatory behaviour abhorrent and, if there is evidence of ticket holders taking part in any racist behaviour, the club will issue severe sanctions, including bans.

“We will also fully support any criminal prosecutions.”

Oni Did The Right Thing By Challenging My Eligibility In Court – Gov. Fayemi

Seyi Makinde Admonishes Nigerians To Defeat The APC With…