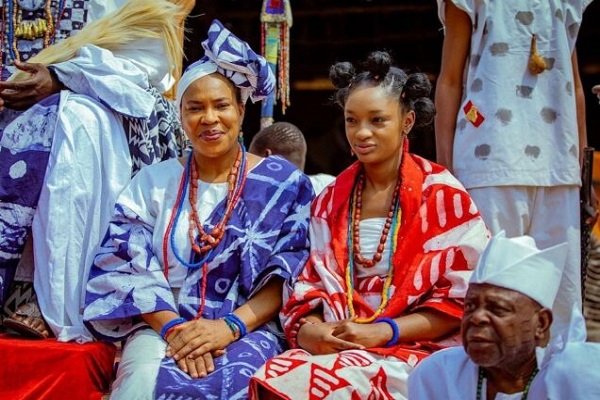 Princess Adedoja, daughter of the Alaafin of Oyo, Oba Lamidi Olayiwola Adeyemi III, has made her debut in a Kunle Afolayan-produced movie ‘Anikulapo.’

The movie examines issues surrounding the rebirth of identity in Africa by exploring diverse conceptual perspectives.

Adedoja played the role of ‘Princess Ajoke’ in the movie.

The princess had the opportunity to star alongside several Nollywood veterans like Sola Sobowale, Fathia Balogun and many others.

Doja shared the news on her Instagram where she posted several photos from the movie set.