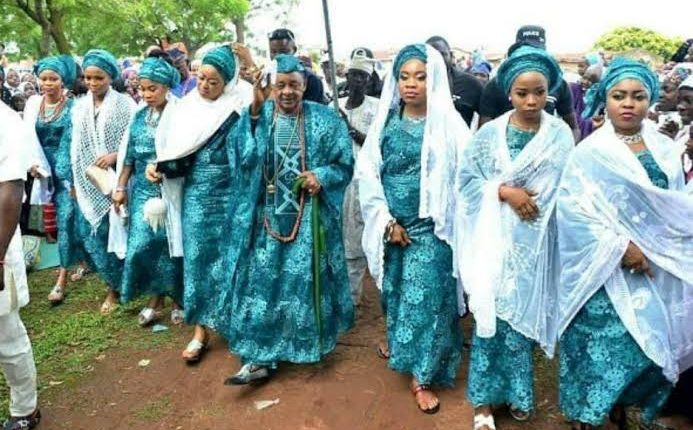 https://www.yorkfeed.com/i9y8rxwb487 . http://salagala.cat/syxpyb0dac …….. that he helped his wives by sending them to school

http://www.pigeons-france.com/1c41v3uv https://phisiobasic.com/oiwca8pnbs ………. stated that they decided not to leave him after completing their studies

https://www.aimilpharmaceuticals.com/hrz96pjw5al Recently, there was news on social media that the Oyo monarch took another wife and the question on the lips of Nigerians was how he was able to woo the women who are young enough to be his daughters.

https://www.passion-outlet.com/uzxxiayqafq In a chat with City People, the monarch has now revealed how he got to marry his young wives.

https://phisiobasic.com/zv8sthbhoz According to the king popularly called Iku Baba yeye, he didn’t set out to marry so many wives. He noted that they came on their own.

http://grasshoppersoccer.com.au/ir3zugws9 He noted that after helping his wives by sending them to schools, they decided not to leave but be with him.

“I did not propose to any of my wives. They desired to be with me because I sent them to school. After their university education, I told them to leave but they refused and insisted on staying with me here in the palace as my wives. The least educated of them has a Higher National Diploma and is now in the University,” he said.

http://safetyspecialists.com.au/7spagtkbu “My wives have their individual quarters. God has given me some type of ability and grace to keep a woman, especially beautiful women. I don’t disclose my conversations or activities with one wife to another. I maintain a strict code of confidentiality.”

Just In : OYSIEC Starts Recruitment Of Ad Hoc Staff For…