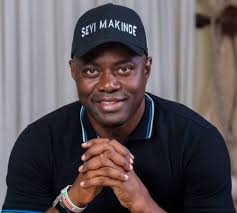 Iseyin Progressive Youth Vanguard (IPYV) led by Mallam Abdrasaq Toluwalase has said that the Ajimobi led government was instrumental to unbeatable records of achievements in the town which the present government in the state cannot outshine in ten years time.

This is coming as a reaction to a statement made by Barr. Ahmed Raji SAN at the final burial of the late Aseyin of Iseyin, Oba Dr. AbdulGaniyy Adekunle Salaudeen Oloogunebi Ajinese 1 held on Saturday, 17th September 2022 in Iseyin.

Raji while addressing the people at the event expressed that the Seyi Makinde led government has done a lot for Iseyin compared to previous governments in the state.

The legal luminary mentioned the construction of Ibadan-Iseyin and Oyo-Iseyin roads amongst other things that the present day government have done for the town.

Iseyin Progressive Youth Vanguard in the statement signed by Mallam Abdrasaq Toluwalase and obtained by our correspondence said that the party’s love for Iseyin as a town and her people is unquantifiable that during the Abiola Ajimobi tenure as Oyo State government, Iseyin was a major beneficiary of infrastructural projects, employment opportunities, and show of love to the traditional institution in the town.

“Our attention has been drawn to a statement credited to one of the respected son of this town, Barr. Ahmed Raji that the town has not had it best like it is being treated by the present state government.

“While we appreciate Barr. Raji for his unwavering support and love for the town, we want to also like to take him down the memory lane of how previous governments had neglected Iseyin before the assumption of late Abiola Ajimobi’s led APC government.

“During the APC tenure, Iseyin was a major beneficiary of infrastructural projects, employment opportunities, and show of love to the traditional institution in the town.

“Some of the achievements are the construction Elegede-Adie Omu road, Agberi-Esin-Ladogan road, Modern Ajumose classrooms, provision of 33kv Oju Sango-Ado Awaye town, NYSC Permanent site, employment opportunities into the state civil service and construction of different roads by the local government chairmen amongst others benefits.

The Iseyin Progressive Youth Vanguard however advised the legal luminary to serve as a father to all political parties rather than supporting one political party. It’s rather unfortunate to see the newly installed chairman of ODCF to be speaking in a public event and shouting “Seyi O se eekan si” that’s very degrading and low of chairman of the organization that’s expected to be non-partisan. It’s in the public domain that it was Ajimobi led government that first constructed dual road in iseyin township and people of iseyin who are predominantly progressive in nature and oyo state in general would vote massively for APC in 2023 general elections; and people are also aware of the packaged lies being branded as achievement by Governor Makinde and we are worried that the legal luminary could not see these cosmetic achievements that could not stand the test of time; IPYV stated.

We would like to place it on record that during the tenure Late Ajimobi led APC government, there was no single case of bank robbery in Iseyin but under this current administration, the banks and other businesses are closing by 12pm due to incessant robbery and frequent notices that armed robbers are giving to business owners and banks. We are surprised to see Barr Raji putting all these aside including the recent kidnap of a business mogul right here in iseyin.
We advised Barr Raji to serve as father to all and leave politics for the politicians as iseyin people are too wise to be cajoled with the packaged lies and deceits as achievement; the IPYV noted.

“Iseyin people would continue to appreciate Ajimobi and APC government for being the first governor in the history of Oyo state to liberate Iseyin.

Equity is Good If Our Hands Are Clean In ADC