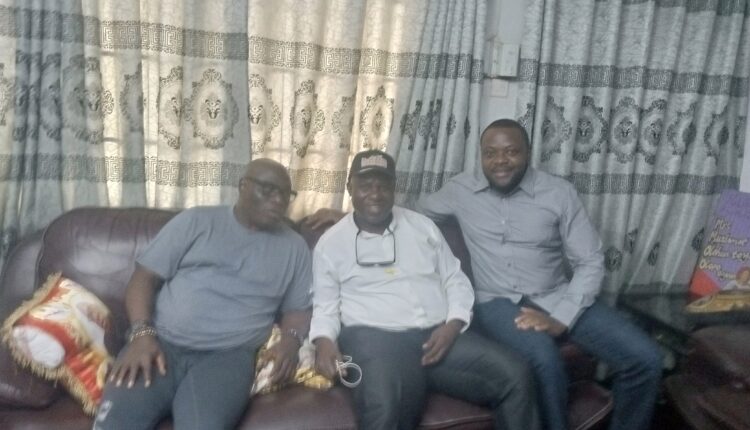 Lana was accompanied by several members of his party including the Northeast, Southeast Federal House Of Representatives candidate, Hon. Deji Aboderin.

According to Olopeyan, he said, Lana, who is a former Attorney General and Commissioner for Justice in Oyo state came to his house base on their long time friendship and for political reasons, but the details of the meeting will be revealed at the appropriate time.

” I am happy to welcome Barr. Lana in my house today, He is a respected lawyer, and a nice, active politician.

” About his visitation? well, he came to visit me, been long-time political friend, right from Molete, (late Baba Adedibu’s House ). We analyzed the 2019 pre-election, and discussed extensively the 2023 general election.

” I may not be able to disclose what we discussed inside, but it is all about 2023 and soon many things will be revealed concerning the Oyo state governorship election”. Olopoeyan said.