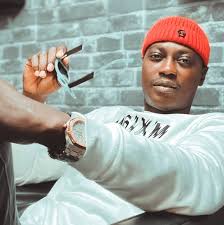 According to a statement released by the family and signed by his sibling Kayode Fasasi, the 44-year-old singer died from “a hard-fought battle with Angioimmunoblastic T-Cell Lymphoma”.

He is survived by a wife and three children.

Sound Sultan came into the spotlight in the early 2000’s when he released his first single ‘Jagbajantis’, which became an instant hit in Nigeria. 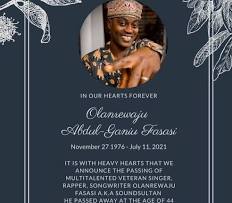 After independently releasing other singles and featuring in hit songs of other artists, he was signed by Kennis Music where he released four of his total seven albums.

He also produced and acted in the successful comedy movie ‘Head Gone’ in 2014 and in 2018, produced the stage musical ‘Jungle Story’.

Tributes have been pouring in from colleagues, friends, and fans across the country.

Your Efforts In Bridging Nigeria Will Be Compensated, Alli…

Ondo PDP Leaders Pass Vote Of No Confidence On State…