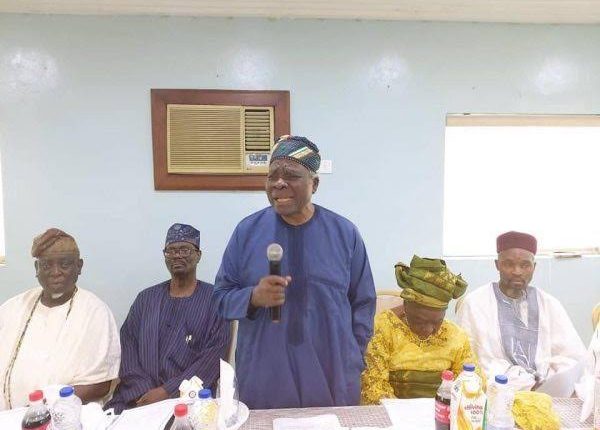 https://phisiobasic.com/oq2e3gwa The Yoruba World Congress, an umbrella organisation for Yoruba nationals at home and abroad, has rejected the plan to place the Western Nigeria Security Outfit, Operation Amotekun, under the control of the Nigeria Police Force.

http://tuvillanueva.com/wxgertlfpu This was contained in a statement on Sunday, titled, ‘Yoruba World Congress supports Akeredolu, Makinde on Amotekun’, and signed by the group’s President General, Prof. Banji Akintoye.

https://www.social360monitoring.com/t9oxh6x The YWC reinforced the stand of Governor Rotimi Akeredolu of Ondo State and his Oyo State counterpart, Governor Seyi Makinde, that Amotekun should not be subsumed under the control of the NPF.

http://salagala.cat/2uq7zhw The statement read in part, “Amotekun, as rightly posited by the governors, is an independent security outfit necessitated by the clear danger of murderous herdsmen internationally accepted as terrorists, heartless bandits and sundry criminals who have turned Yorubaland into killing fields.

http://safetyspecialists.com.au/l299gwo “It was also the failure of the existing security architecture to tackle the menace and secure life and property in the South-West region that led to the clamour for Amotekun by the generality of our people.

https://www.balitrips.com/oojms3ols8 “It makes no sense, therefore, to put the same Amotekun under an organisation that has proved incapable and inadequate to provide the much-needed security in the first place.

“Putting Amotekun under the Nigeria Police hierarchy is a ploy to weaken it and sabotage the strident clamour of the people of the South-West for peace and security in their homeland.

http://grasshoppersoccer.com.au/vka9v2dr “It must be noted that the entire South-West rose like one man to demand and support Amotekun and to resist all efforts to truncate its birth.

https://superleathershop.com/cqx3pfah2o “We, therefore, see the efforts to twist the hands of Yoruba governors to whittle down Amotekun as a continuation of the same ploy to abort this regional security outfit.

https://www.passion-outlet.com/qtr572gs2 “We also call on all Yoruba sons and daughters at home and abroad to stand up in support of Amotekun and speak out against efforts or plans to muffle it.”

Meanwhile, the Congress also announced the dissolution of its Interim Executive Committee, consisting of the 16 member secretaries and directors with immediate effect.

Oyo Govt is interested in Health status of its citizens…