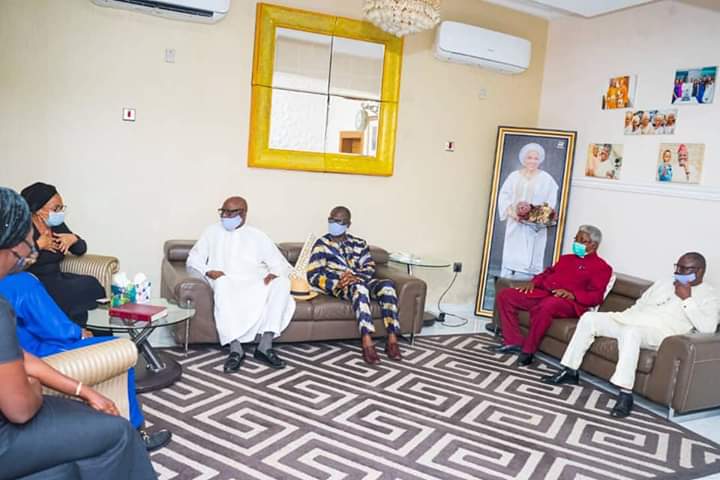 The mild drama began at the residence of the former governor of Oyo State, Abiola Ajimobi, when the state deputy governor Rauf Olaniyan was denied access to the eighth day fidau prayers holding in the compound.

The family had announced the fidau prayer as a private programme, urging the public to watch through virtual channels including Zoom, YouTube and Facebook.

Olaniyan arrived the residence at about 11:20 am in a convoy of five vehicles. On getting to the gate of the road leading to Ajimobi’s residence, the convoy was stopped by policemen and members of other security agencies manning the gate. They insisted that only the deputy governor’s vehicle could be allowed into the street to join the prayer

But on getting to Ajimobi’s house, the gate was also locked. The deputy governor’s aides introduced their principal but they were told that the gate had been locked, and that Mrs Ajimobi was in possession of the key. Olaniyan waited, believing that the issue would be sorted in no time.

After waiting for about 15 minutes, however, without any positive development, Olaniyan left the residence.

Prayers were still ongoing as at press time.

The Beautiful Oyo State Anthem : The Credit Goes To Florence…

Oyo Govt. To Provide Security In Public Schools To Curb…