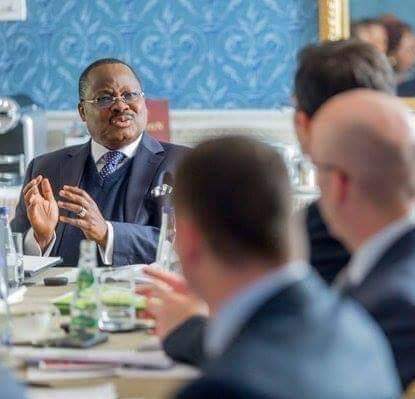 In determination not to repeat the mistake of 2015 when it took his administration months before sending ministerial nominees to the 8th Assembly, President Muhammadu Buhari has put machinery in place to ensure the submission of names of ministers to work with him in his second term beginning on May 29.

“The names will be sent to the 9th Assembly immediately it is inaugurated in June”, a presidential source affirmed.

Last week, Special Adviser to the President on Media and Publicity, Deacon Femi Adesina, disclosed that Buhari may dissolve the cabinet before his May 29 swearing-in for a second term.

Also, last week at a meeting with ministers, Buhari told them that his second term would be tough.

The presidency source declared that the Chief of Staff to the President, Abba Kyari, leads the team that will screen the ministerial list.

He said some ministers will be retained while others will be dropped.

“In fact, a meeting was held at the weekend in Abuja in respect of this purpose. Governor Nasir el-Rufai of Kaduna State is also a member of this committee but he couldn’t attend the meeting because he is busy in Kaduna for re-election campaign”.

The source said another meeting “is slated for Wednesday this week. The committee has been given a mandate to get the list ready before the May 29 swearing-in”.

Some “powerful ministers and key strategists of President Buhari”, including a former Foreign Minister during a military regime and a former Military Administrator, are members of this committee.

Continuing, he revealed that among those being considered to join the cabinet are four senatorial candidates of the All Progressives Congress (APC) who lost to their Peoples Democratic Party (PDP) challengers in the February 23 elections.

The source said: “There are some ministers some Nigerians don’t even know or recognise their names. Of course, they will be dropped. Also, the president has told the committee to make the list all-inclusive. That is why the committee has approached some presidential candidates who challenged President Buhari on February 23.

“I can tell you that Fela Durotoye and Kingsley Moghalu have been approached. The president’s strategists believe Moghalu, given his background, can be in charge of Finance Ministry to assuage South-Easterners and Durotoye has been pencilled down to take over in Communications Ministry but the two presidential candidates have not given a positive answer”.

On Omoyele Sowore, he said: “The committee dropped the suggestion immediately because they believe he is too hot to handle”.

According to him, many politicians, especially from the South-East, are already lobbying the committee to be included in the list. This is because “the presidency is trying to inject fresh blood from the area”.

But there is a challenge: Buhari may not likely approve some of the names.

“In fact, Buhari is in a dilemma in respect of Shittu. You know the Communications Minister is very close to the president. They have been coming right from the CPC (Congress for Progressive Change) days. That was why despite Shittu’s anti-party activities when he openly said he would work against Governor Abiola Ajimobi’s choice in Oyo State, APC leadership did not move against him because of the affinity between him and Buhari. But, Governor Abdullahi Ganduje of Kano State, who is an in-law to Ajimobi, is already lobbying President Buhari for Ajimobi to replace Shittu. We know the president will take a final decision on this”.

The source also said: “It is almost a finished assignment” that Smart Adeyemi, a former President of the Nigerian Union of Journalists (NUJ) and two-term senator, will be made a minister.

This is because his governor, Yahaya Bello of Kogi State, who is very close to Buhari and the First Lady, Aisha Buhari, is pushing for his name to be included.

He has also sought the help of el-Rufai in this regard.

The source disclosed that “the work being done now by the committee is preliminary. After the March 9 governorship election, we don’t pray that any of our candidates loses but if that is the situation, some of those governorship candidates may also make the ministerial list”.

I Will Continue To Criticise Buhari, I’m His Boss – Obasanjo

Oyo Firefighters Fights Fire From Being Gutted At Ogunpa…