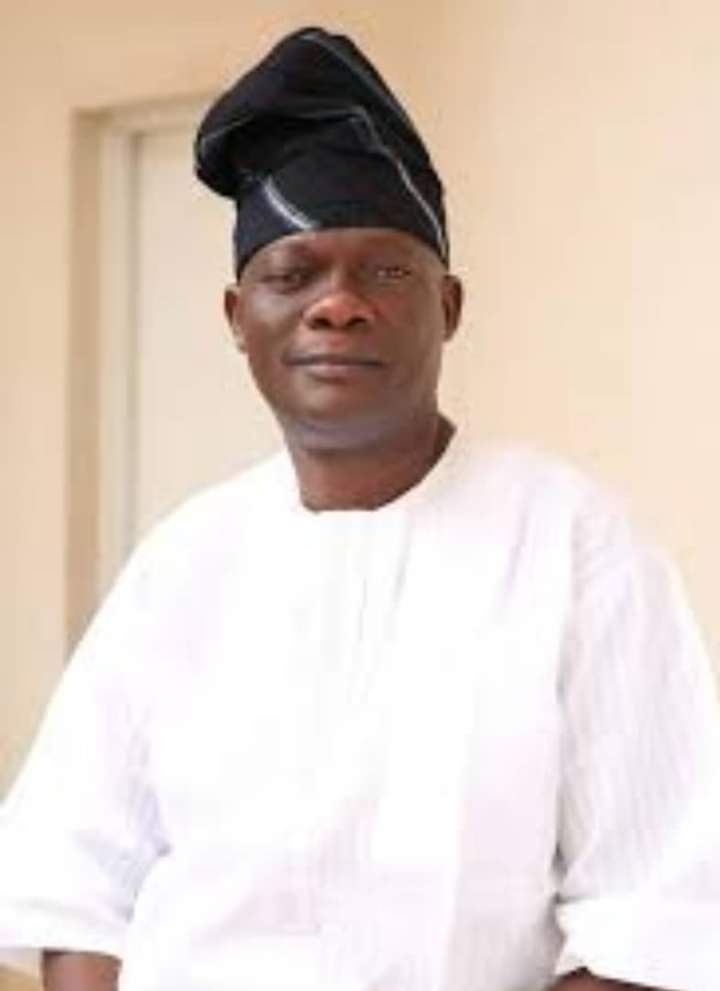 Oyo 2023: Anxiety As Teslim Folarin Leaps To The Next Level

It is no more news that the most cherished political ambition of the Senator representing Oyo Central Senatorial District, Sen. Teslim Kolawole Folarin is to occupy the Agodi Government House, which is the apex seat in Oyo state.

Senator Folarin who started his political career at the Molete Political College of the late political strategist and power broker in Oyo State, Alhaji Lamidi Ariyibi Akanji Adedibu, became a Senator in 2003 at the age of 39 years on the platform of the Peoples Democratic Party (PDP) and was re-elected for a second term in 2007 on the same political platform through the assistance of his then political god father.
Because of his burning desire towards becoming the Governor of Oyo state, in 2015, the former Senate leader struggled to secure the governorship ticket of the Peoples Democratic Party, (PDP), but lost the election, alongside Chief Rashidi Ladoja of the Accord Party (AP) to former Governor Abiola Ajimobi.

After his failed gubernatorial bid, Folarin dumped the PDP for the All Progressives Congress (APC) in 2017 and got elected in 2019 after defeating the incumbent senator, Monsurat Sunmonu and other candidates to represent Oyo Central Senatorial District.

Though, the godson of late Ariyibi Adedibu is yet to declare his ambition, but his body language has created tension within the political class in the state, including members of his political party – the All Progressives Congress (APC).

His political moves had already expressed interest to vie for the number one seat in the state. Since his assumption of office, Oyo residents had noticed some rhythmic political moves by Senator Folarin, stylishly announcing his fresh electoral ambition.

Asides his intimidating political credentials, he is really working tirelessly underground to realise his most cherished ambition this time round. He has successfully regrouped some political players in the state, including members of the ruling PDP. Folarin is now the anointed candidate of the Adedibu political camp, a narrative that has been receiving various sponsored criticism against him, particularly from the PDP.
Also, the APC chieftain has been participating actively in terms of legislative duties, facilitating constituency projects, as well as involving in party activities. He’s actively playing both the politics of the gatekeepers and that of Critical Success Factor (CSF). Folarin’s sudden philanthropic gestures, particularly during the Coronavirus pandemic and Ramadan periods seem to be opening doors for him.

No doubt, as an experienced politician, Senator Folarin is presently making use of his political office judiciously, thus enjoying huge support from members of the party, political merchants and journalists in the state. But, can he sustain or improve on this strategy before 2023?

While many factors affect candidates in the race to high-level office, Folarin is expected to face higher hurdles during the party’s primaries, he must work hard to emerge as its nominee in a free and fair shadow election; otherwise, the general election may be a replica of the 2019 poll in the state. It is believed among the APC stakeholders that any product of a free and fair primary may become the next landlord of the Agodi Government Home.

Interestingly, the Deputy National Chairman (South) of the All Progressives Congress (APC), who is also the leader of the party in Oyo state, former Abiola Ajimobi in his bid to reposition the party has assured members of equal participation in all electoral contests as well as in the affairs of the party without discrimination.

Political pundits had earlier predicted that the party’s governorship primary would be an interesting one as notable politicians in the state are strategically stepping up their games ahead of the 2023 elections. It is indeed, a big challenge as Senator Folarin is expected to wrestle the ticket with other aspirants whom were eminently qualified to occupy the apex seat in the state, based on their academic qualifications, antecedents and political experience.

Yet, Senator Teslim Folarin seems not perturbed, to him, it is no retreat, no surrender. He’s engaging major political actors in the state and building relationships.

However, only time will tell.

Why I’m The Most Qualified Of All The Candidates…