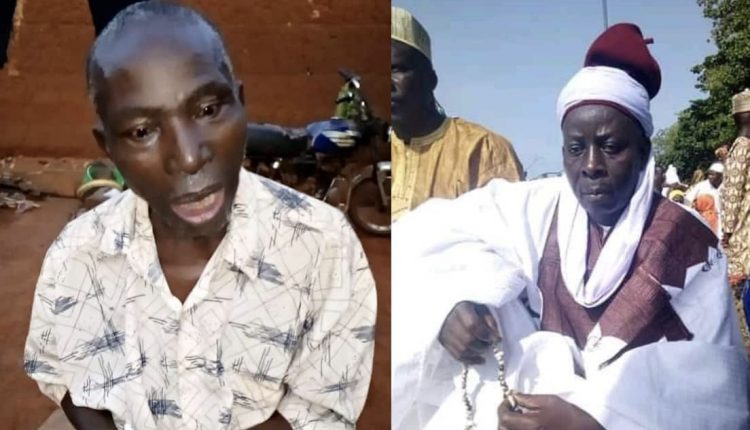 The erstwhile idol worshipper was bathed into Islam and named Abdsalam Adekunle by a renowned Islamic cleric in the state, Alhaji Daud Awayewaserere, after affirming the oneness of Allah.

He disclosed that he voluntarily reverted to Islam, having noticed that the idols he worshiped for 15 years did not bring any meaningful development or progress to his life and others around him.

Abdsalam said he has neither gone to church nor mosque since his birth, stressing that he has known the true path of worship, adding that he would never cease in intensifying efforts in acknowledging the oneness of Allah. He added that he became more endeared to the religion of Islam while his colleagues in the religion began to tell him why Islam is better than idols worshipping.

The new convert into Islam further stated that despite his adherence and fraternity in idols’ worship, the challenges associated with his poor sight and legs’ pains were not sorted out by the idols.

Abdsalam said that since he became a Muslim, life has changed for him and his daily consumption comes with ease through philanthropic gestures from people.

You‘re A Man Of Many Parts, Joseph Tegbe Remembers Late Ajimobi A Year After Death

Apply Common Sense, Previous Raid Of Markets Has Led To…

Oyo Police Not In Haste To Return Officers To Duty Posts –…