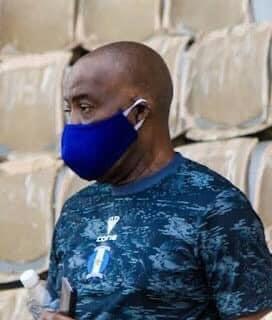 The remains of the General Manager, Shooting Stars Sports Club (3SC) of Ibadan, Rasheed Shodiya Balogun, will be committed to mother earth this morning (Thursday, January 21, 2022)

According to the burial arrangement released by the family, his body will be laid to rest at his Mowe residence, Ogun State at 10.00am.

Balogun gave up the ghost in the late hours of Thursday, after battling  with an ailment.

Until his sudden demise, Balogun, was the General Manager of the Oluyole Warriors from 2014 till date.

Under his watch, the Ibadan soccer lords gained promotion back to the elite league, just a year after his appointment before the team got demoted again in 2017.

Apart from his outstanding records at 3SC, the late Balogun, also had successful stints with notable clubs in the country, including the defunct ACB,, Stationery Stores and Julius Berger, all of Lagos, as well as Sunshine Stars of Akure and the then Dolphins FC of Port Harcourt.

Alaafin’s Demise: It is Painful, We Have Lost A…