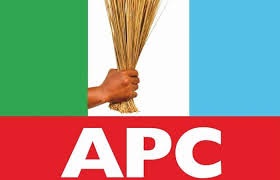 APC Elders Advisory Council has expressed the hope that the membership of APC would see the death of Akala as enough sacrifice to foster unity across the board.

APC Elders Advisory Council, who spoke through a former Deputy Governor of Oyo State, Chief Iyiola Oladokun made the submission during a condolence visit to the families of the late Alao-Akala.

The elder statesmen who urged members of the party to sheath their swords and embrace genuine reconciliation towards charting a smooth and hiccup-free path for electoral victory and enthronement of the party in 2023 described the deceased as a rare charismatic leader, charming, ebullient and personable.

“Upon the death of HE Alao-Akala, the Oyo State APC has lost a rare charismatic leader, charming, ebullient and personable.

At Elders Council, we attest and bear testimony that Otunba Adebayo was simple but never stupid, was generous but not reckless, was wise but never crafty, bold but not arrogant, kind but not timid, humble but never diffident!

As the leader of the Party, Akala magnanimously committed his Resources, Time, Intellect and Health to reposition a crisis-ridden APC. Unfortunately, he died in the course and in the process of this divinely entrusted historic assignment.

Renowned as one of the best Governors Oyo State has ever produced, his tremendous success in Governance was a natural function and concomitant effect of his Personal Philosophy of Egalitarianism, Equity and Fairness.

As the Chairman of State Elders Advisory Council of our Party, His words were wise, his counsel prophetic and his actions “He said

Chief Oladokun also encouraged the family and the entire Ogbomoso land to be courageous even in the trying time.