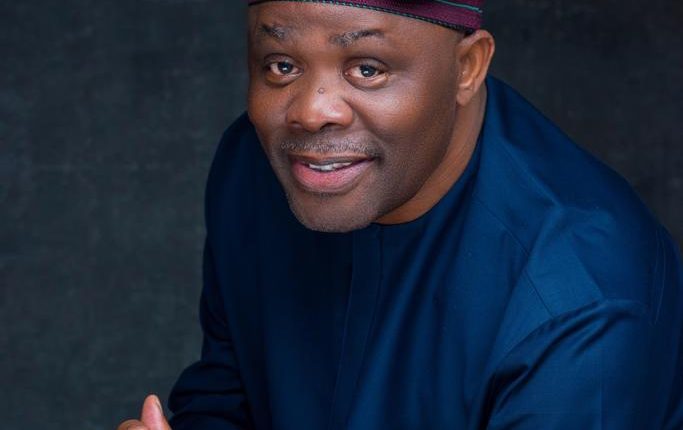 A PDP leader in Ondo state and former Chairman of the Peoples Democratic Party (PDP) in the Southwest, Chief Eddy Olafeso, has called for restraint and calmness over the internal rumblings rocking the PDP.

Speaking as a guest on Channels Television’s breakfast programme, Sunrise Daily on Friday over the internal rumblings in the PDP, Starnews Nigeria reports that Olafeso said the leaders of the party must think about the people looking at the PDP as an alternative to the APC for a better Nigeria in 2023.
“This moment calls for restraint. This moment calls for calm. This moment calls for the fact that all of us need to understand that politics is beyond us and it is about the survival of this country that is tottering on the brink of total collapse. It is quite unthinkable that just a few months to the National Convention, we have this situation where certain things reared their ugly head without any reason whatsoever apart from people jostling for the 2023 general election.”
“For me, we must appreciate the fact that managing a party is a very herculean task. Our Constitution is clear as to how to resolve the internal misunderstanding. Our leaders must think about the people looking at the PDP as an alternative to APC for a better Nigeria in 2023. Leadership is about calmness, it’s about respect to the other and it’s about caution,” Olafeso stressed.
When asked about his reaction to those calling on the National Chairman to resign, Starnews Nigeria reports that Olafeso said: “You see! It is a disconnect that can create danger for the party in the future. If someone has spent over three years and his tenor is coming to an end and you have to judge him and after judging him, you make a decision, can this man continue to build the party? Do you want him out as the National Chairman? The opportunity presents itself at the National Convention where we are electing new officers to reevaluate what they have contributed. We must be kind to ourselves and remember that it is only when we work together that we can salvage the party.”
“Those asking for the head of the National Chairman, can they substantiate through the Constitutional process that is laid down in the party the issues raised against the National Chairman? I read some funny thing that three governors left the party and that is the reason the National Charman must resign.”
“Let me tell you, I know what it takes to produce a governor. The governor is the chief executive of his state and the leader of the party. You expect him to do far more than anybody else in building the party. It is a collective leadership responsibility. Everyone has a role to play. And after we all have sacrificed and put the person in a position, he just woke up one day and walked away, how are we going to blame the National Chairman for that?”
“He did his best as a human being, and if there are certain things you feel he has not done well, you wait till the convention to say I am not going to vote for you. The beauty of democracy is that we have the opportunity to make choices.”
“I do not know what anyone will achieve for the party for kicking out the national chairman illegally. A pure managed inefficient party cannot give rise to an efficient party and we can see that operating in the ruling APC now. We must not go there at all”, Olefeso advised the PDP and sued for peace.