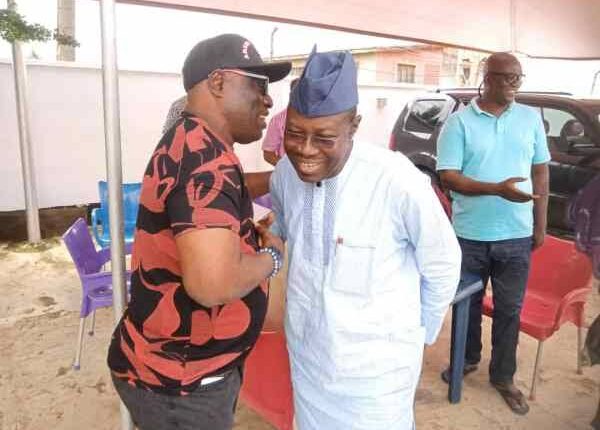 One of the Peoples Democratic Party, PDP, stakeholders in Oyo State, Alhaji Adebisi Olopoeyan, yesterday berated what he alleged as the biased behaviour of the deputy governor of Edo state, Mr Philip Shuiabu during and after the just concluded ward congress of the party held in the state.

It would be recalled that Shuaibu was the chairman of the ward congress committee for Oyo State on Saturday, but was accused by some party stakeholders of being insincere and partial.

Shuaibu, while addressing newsmen, after the ward congress on Saturday in Ibadan, revealed that the party congress in the state was free and fair with no sign of any parallel congress being held.

Contrary to Shuaibu’s statement,  Alhaji Olopoeyan, a chieftain of the party in Oyo State, during a chat with Vanguard, said the Edo deputy governor was aware that, parallel congresses were held in all the 351 political wards in the state, but he ( Shuaibu ) as the chairman of the congress decided to ignore other groups “base on the script given to him to act by Governor Seyi Makinde.”

Olopoeyan said: “Edo State deputy governor, Comrade Philip Shuaibu failed to carry out the assignment given to him from National Working Committee. When he said there was no parallel ward congress in Oyo State. They need to ask him how many wards did he visit out of the 351 political wards in Oyo State?”

“Comrade Shuiabu not only failed those who gave him the job but also failed an integrity test.”

“He knew there was an ongoing crisis within the party in Oyo State and also aware that another faction obtained forms forward congress from the national party in Abuja.”

“Comrade Shuaibu never knew we got full information of how Governor Makinde mobilized and paid 10,000 to some selected youths that collated the prepared ward congresses results for him at Carlton Gate Hotel or can he explain how fast he collated a whole 351 ward congress results and left for Abuja early on Sunday, less than 15 hours after the congress.”

Speaking further, Olopoeyan said he was not disappointed in Shuaibu’s attitude towards the party stakeholders’ faction because he has no good knowledge of how congresses are being held in PDP since he is new in the party.

He said, what Shuaibu had done on Saturday was an indication that he only acted on the instruction of the state governor and he never knew he just complicated issues and further escalated the crisis of PDP in the state.

“I will not blame Edo state deputy governor for his naivety.  He became a PDP member by circumstances. Someone like Shuaibu who left APC for PDP less than one and half years ago is not mature enough in PDP to conduct a congress. He surely lacks the procedures and understanding.”

“In 2017, when the former senate president, Adolphus Wabara chaired the ward congress of PDP in Oyo State, he acted like a true peace-maker, he honoured all factional interests before he went back to Abuja with a satisfying report.”

“Likewise Liyel Imoke, the former governor of Cross Rivers state who chaired the state congress committee for Oyo PDP in 2017. This same Governor Makinde was extremely aggrieved then, but he benefited from the fair attitude of the Wabara and Imoke as Chairmen of the ward and state congresses.”

“Because you are a sitting governor doesn’t mean you will eat your cake and still wants to have it back. It’s not possible. Every leader at the national knows there is a serious internal crisis within the party in Oyo State and I am sure they will never allow an inexperienced politician to use his selfish interest to disorganise the party in the state.”

“The issue of the ward congress has already been taken to the national working committee and justice will be done soonest,” Olopoeyan concluded.

Ibarapa Development Forum Says No To 7-Day Quit Notice To…