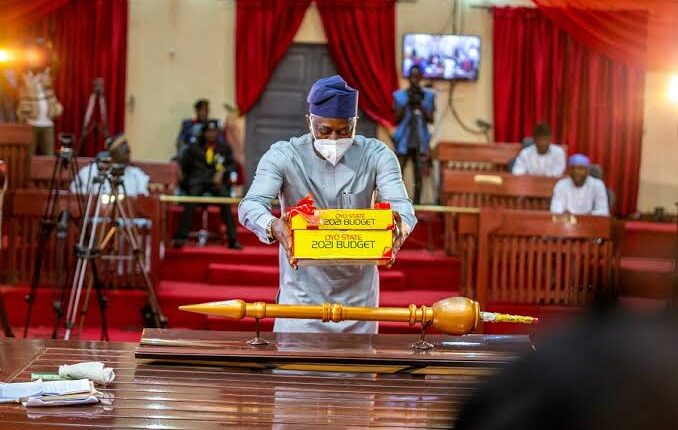 Oyo State State Governor, Seyi Makinde, has presented a budget proposal of N294.5 billion for the 2022 fiscal year, tagged: ““Budget Of Growth And Opportunities,” to the state House of Assembly.

Makinde said N156 billion will be injected into the economy through investments in infrastructure and ensuring that Oyo residents have higher purchasing power.

Speaking further, Makinde affirmed that for the first time, the proposed capital expenditure is more than the recurrent expenditure.

For the 2022 fiscal year, the governor projects N79.5 billion for the internally generated revenue which he noted that his administration intend to achieve without increasing taxes but will continue to expand the tax base to include more in the informal sector.

The budget Presentation had in attendance, Alaafin of Oyo Oba Lamidi Adeyemi 111, Olubadan of Ibadanland who was represented by Otun Olubadan, High Chief Lekan Balogun, Soun of Ogbomoso among other traditional rulers in the state.