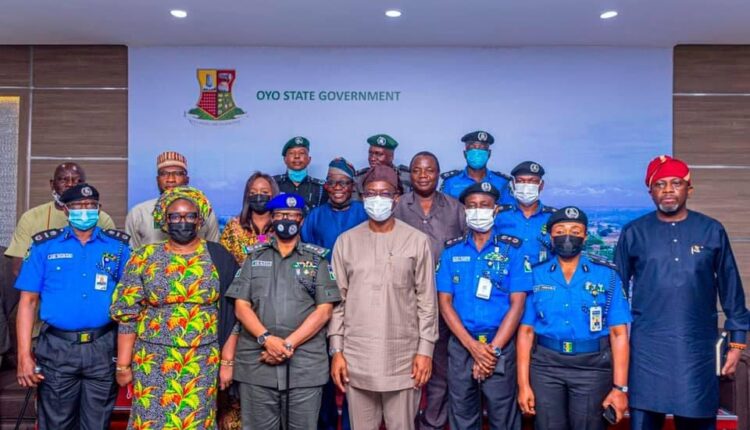 Governor Seyi Makinde has appealed to the Nigerian police authorities to approve its yearning for the siting of a Police Mobile Squadron in Oyo town, Oyo State.

Saying that the former IGP, Mohammed Adamu, gave a verbal consent to the siting of a police mobile squadron in Oyo, Makinde prayed that the current IGP brings the Oyo squadron dream to a reality.

Makinde said the ground was being prepared for the anticipated approval with the traditional institution and people of Oyo town keen to provide required land for the squadron base.

He assured of continued support for the Nigeria Police Force who is faced with fighting banditry, kidnapping, all forms of insecurity despite dwindling resources.

Makinde also avowed that interagency collaboration among security agencies was being strengthened after an initial strained working relationship with the state security network agency codenamed Amotekun.

He assured that every of the 774 local government areas will be represented in the recruitment and upon training will be returned to their areas of origin.

Baba also reiterated the commitment of the police force to adopting community policing as a part of its policing programme.

Hon. Awoleye Lands in Accord Party

My Stand On Fuel Hike Was Misinterpreted – Hon. Shina…

Oyo Young Honourables Elect Arrives Abuja For Not Too Young…