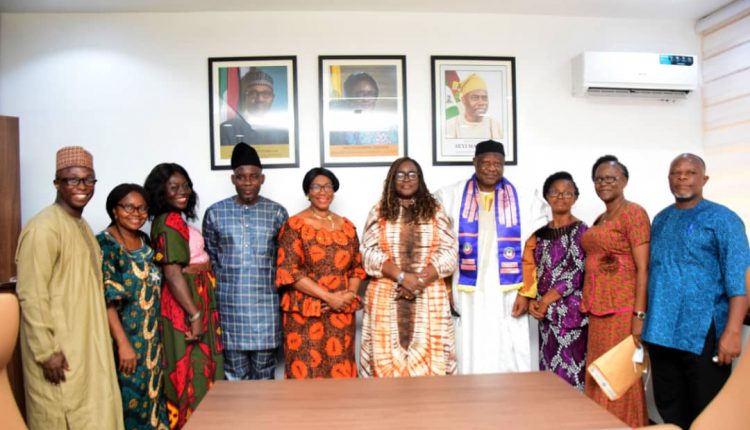 She Stated this during a courtesy visit by the National Chairman of the Conference of Alumni Associations of Nigerian Universities (CAANU) at the SSG’s Conference Room, Governor’s Office, Secretariat, Ibadan.

She added further that the State has a Technical University that will produce graduates that can be self sufficient and independent.

She said “in the past LAUTECH was owned by Oyo and Osun State, but now LAUTECH is fully back to Oyo State only”.

She said the present administration would work with Alumni Associations to achieve a robust standard in the education sector of Oyo State.

In his remark, the National Chairman of the Conference of Alumni Associations of Nigerian Universities (CAANU) Professor Ahmed Tijani mni, commended the effort of the State Government in education.