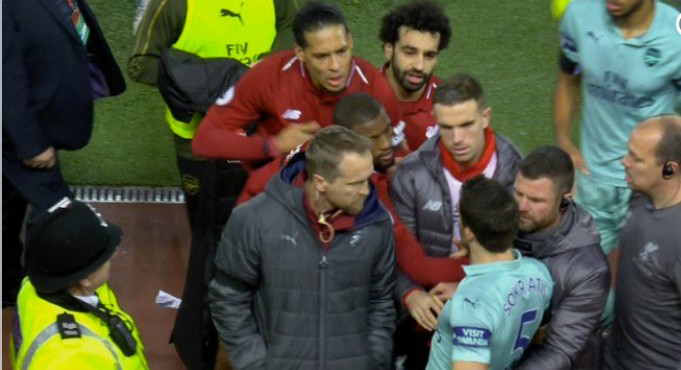 Liverpool defender Virgil Van Dijk and Arsenal’s Sokratis were seen arguing in the Anfield tunnel at half time. Tempers flared as both players let their emotions get the better of them but things did not get ugly as the situation was quickly brought under control. The Arsenal center-back was seen walking off the pitch alongside Mohamed Salah after referee Michael Oliver awarded him a soft penalty to score Liverpool’s fourth before half time.

It is understood that the Greece international was angry at the Egyptian for going down too easily in the box and wanted the Reds star man to know his wrong doing.

Van Dijk waded into the scene and stood up to the Greek after Sokratis was shouting at Salah and it is understood he was telling the ex-Dortmund star to leave his teammate alone.

LAUTECH Takeover: Makinde Has Made History By Ending APC…