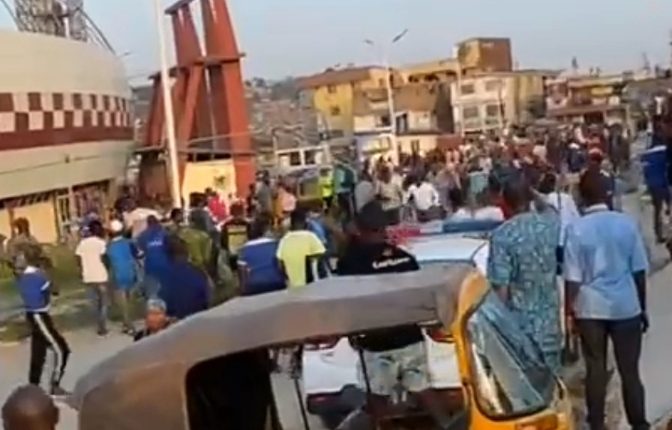 Supporters of Shooting Stars Sports Club of Ibadan on Wednesday evening, threw caution to the wind after the club played 1-1 a draw against visiting Remo Stars at Lekan Salami Stadium, Adamasingba.

The visitors shot into the lead through a penalty kick in the seventh minute of the encounter, while the Oluyole Warriors leveled up with a header from Ebuka Anaekwe four minutes later.

The Protesters were also alleged to have attacked a Journalist, Tobi Adepoju during the protest,

It could be recalled that Weaterndailynews.com reported last week how some hoodlums attacked the Chairman of Oyo State Sports Council, Chief Gbenga Adewusi after the Shooting Stars Sports club played a 1-1 draw with MFM in one of the NPFL week 29 matches at Lekan Salami Stadium, Adamasingba, Ibadan.