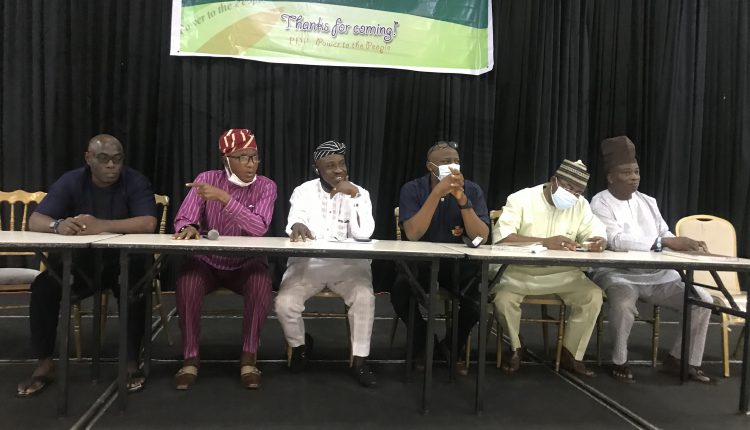 Makinde Is Our Enemy, Divided PDP Into Two In Oyo – Oyo PDP Leaders

Aggrived leaders of the Peoples Democratic Party (PDP) in Oyo State, on Thursday described the State Governor, Engr. Seyi Makinde as the enemy of the party who had successfully divided the party into two in the state.

The party leaders said since assumption of office, the governor, has not been working for the progress of the party.

Speaking at a stakeholders meeting in Ibadan, the PDP leaders described the governor as an ingrate. 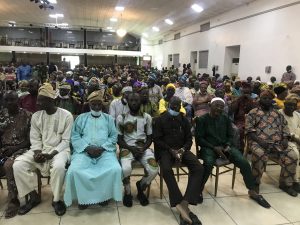 Speaking at the meeting, a former deputy governor of the state, Alhaji Hazeem Golarunmi said; “I am not sure PDP is in government in Oyo state. Let’s take care of the party and leave the Government for Makinde and his co-travellers.

“Unity of our party is more important to us than Makinde. They are holding GSM meeting not PDP meeting. The only enemy of PDP in Oyo state is Makinde.”

Another leader of the party, Alhaji Adebisi Olopoeniyan in his remarks said; “Those who are with him and you people here are the same. They don’t have anything. I am not here for government but I am here because of PDP. I am not with him in this government. Since he said that is the way he wants to do it, we have left him for God.

“Let’s know ourselves and join meetings in the place we are to do it. The party has been devided into two and anyone who says it is not so, is deceiving himself. I know God will vindicate us.”

A former Commisioner for environment, Alhaji Aborode Majekodunmi said; “Makinde forced those of us who worked for the party out and compensated those who didn’t work for the party. We will take our party back from the strangers soon.”

In his contributions, a leader of the party in the state, Engr. Femi Babalola described the governor as a stranger in the party, saying the party had learnt it’s lesson for not accommodating such stranger again.

“I want to sympathise with you, my people. It is very painful that we worked for the party but some people are eating our sweat. We are going to take back our resources soon. Next time, we won’t allow strangers in our party again.”

COMMUNIQUE ISSUED AT THE END OF THE PDP STAKEHOLDERS MEETING HELD AT JOGOR EVENT CENTRE, IBADAN ON THURSDAY, 10TH JUNE, 2021.

1.     The Stakeholders condemn in the strongest terms the spate of insecurity in the State and calls on the State Governor to wake up to his primary responsibility of protecting lives and property of the citizenry.

2.     The PDP stakeholders commiserate with the bereaved families of those who lost their lives in Ogbomosho, Ibarapa and other parts of the State. The body prays that God should comfort their families.

3.     The Stakeholders have resolved to save the PDP from mismanagement and egoistic tendencies of the State Governor, Engr. Seyi Makinde.

4.     The Stakeholders frowns at the Governor’s attitude of giving Party patronage to non Party members as against genuine Party members who laboured to bring the PDP back to power in Oyo State as demonstrated during the last Local Government election where the Governor ‘ donated’ 4 chairmen and vice and 48 Councillorship seats to his friends in ADC.

5.     Today is to alert the leadership of PDP and members of PDP across Nigeria and general public that Oyo State PDP has been factionalized into two – one is headed by the Governor and the other by the leaders and stakeholders across the 33 local governments as evidence at this meeting.

6.     This is due to governor’s highhandedness, recalcitrant attitude and lack of leadership within the party as expected of a governor.

7.     We are calling on the National Leadership to dissolve Oyo State PDP Executive who are stooges of the governor and have no interest of the party at heart ahead of congresses coming up later in the year so as to give a sense of belonging to our teeming members and supporters in Oyo State. The caretaker committee should be put in place to reorganize the party ahead of the congresses to allow for free and fair congresses.

8.     The Stakeholders call on the national leadership of PDP to urgently step in to rescue the Party in Oyo State from the grip of the Governor who is running the Party like his personal estate. To be forewarned is to be forearmed.

Signed on behalf of leaders and stakeholders

How Fulani Herders Invaded My Cassava Farm With Cattle…

Postponement Of Election is an Act Conspiracy to Steal Votes…

Gov. Ajimobi Vows To Find and Bring to Book The perpetrators…