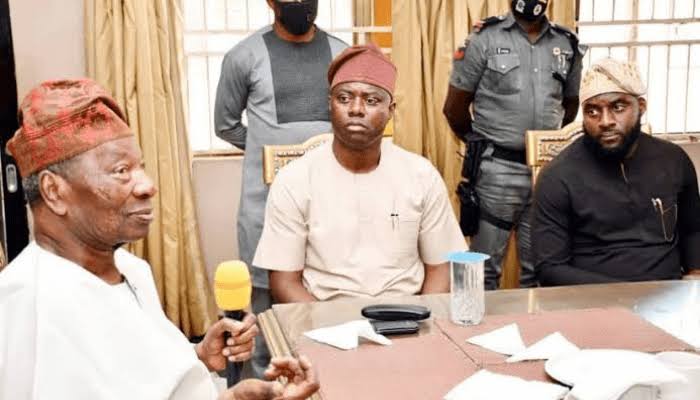 The Soun of Ogbomoso, Oba Oladunni Oyewumi and Vice-Chairman, House of Representatives Committee on Navy, Capt. Adejumo Ajao (retd),has expressed their disagreement with the Oyo State Governor Seyi Makinde, on the proposal to turn the Ladoke Akintola University of Technology, Ogbomoso into a multi-campus institution, called on the governor to rescind his decision on the move.

Makinde disclosed the intention of his administration to turn the university to multi-campus but Soun Ogbomoso and the federal lawmaker, who spoke in a different interview with journalists rejected this proposal.

It will be recall that, the National Universities Commission recently ceded the university to Oyo State after years of co-owership with Sate of Osun.

The monarch, who spoke through his Private Secretary, Mr Toyin Ajamu, said such a move would be a disservice to the people of the town and its economy.

He said, “Kabiyesi disagrees with the proposal of the governor to turn LAUTECH to a multi-campus institution. He was one of the stakeholders who fought for the establishment of the university then and that was not part of the proposal for the university.

The lawmaker, who is representing Ogbomoso North, South, and Orire Federal Constituency, said taking some faculties away from Ogbomoso would be tantamount to hatred because there were institutions in other towns which were not shared with other regions.

The lawmaker said this in a statement by his Director of Media, Strategy, and Publicity, Mr Olusola Olayanju.

Ajao said, “I will like to refresh the memory of Governor Seyi Makinde led administration that each of the zones in the state has one or more state institutions(Oyo had EACOED, Ibarapa with College of Agriculture Igboora, OkeOgun with Polytechnic at Eruwa and Saki, while Ibadan has Technical University) without any campus in Ogbomoso. It will be tantamount to hatred if the decision to turn LAUTECH into a multi-campus institution sees the light of the day.

“Though making LAUTECH a multi-campus institution has it advantage, but the adverse effects are numerous, so, I call on His Excellency, Engr Seyi Makinde to critically access the situation and rescind his decision on the move.”

Taofeek Arapaja And The Burden Of Intellectual Illogic | Maroof Asudemade