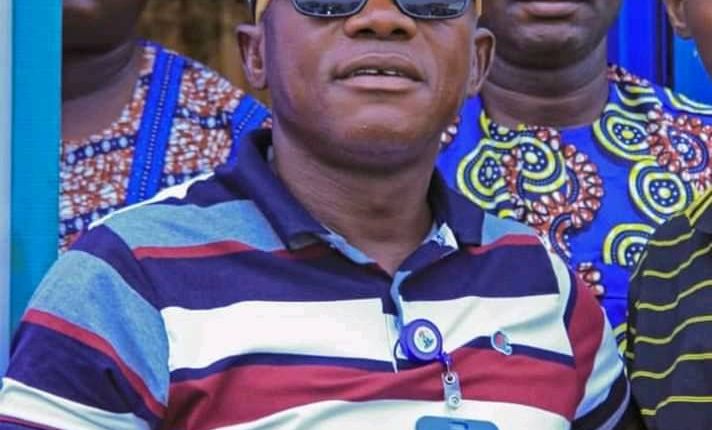 Wulo wubo. Olubori. Violence. Those are some of the things we have witnessed since 18 February, 2020, when Governor Seyi Makinde summoned courage and announced erstwhile factional chairman of the Oyo State council of the National Union of Road Transport Workers (NURTW), Alhaji Mukaila Lamidi, as chairman of the Park Management System (PMS) Disciplinary Committee. A Committee, whose remit, albeit on paper, is the enforcement of discipline in the popularly advertised cantankerous motor drivers’ union. In reality though, that’s definitely not its role. And in the series of unfortunate news trailing the PMS, it appears safe, to say Makinde has not been fortunate with his appointments.

https://phisiobasic.com/56xcvfj Like his predecessors, Makinde had proscribed the activities of the NURTW, on 31 May, 2019, two days after his inauguration. His reason was obvious. Those who were at the helms of affairs, Alhaji Abideen Olajide Ejiogbe, were loyal to the outgone administration of late former governor Abiola Ajimobi. As a prelude to that, Auxilliary, who had the inkling that he was going to be appointed by the governor, had, immediately after the declaration of Makinde as governor-elect, been telling Ejiogbe to vacate office as he was the duly elected chairman. That began the end of the close to 8 years of peace enjoyed in the state.

https://www.balitrips.com/poicco892w As a reporter with The Nation newspaper, I remember, how in 2015, I did an article titled “Oyo NURTW: From Violence To Peace”. Late Alhaji Taofeek Oyerinde Fele was then the chairman. All of us remember how he became chairman. Ajimobi, having studied the situation, decided to make peace. He wanted a new person. He asked Alhaji Lateef Akinsola Tokyo (now Oluwatobi) to nominate someone. Tokyo, after nominating Fele, said he wanted to complete his term. Ajimobi wouldn’t want all of that. He picked Fele. And all of us can bear witness to the harvest of peace.

Officially, Oyo state is back to the era of brigandage; the pre-Ajimobi years. The years before 2011, especially between 2003 and 2011, the pacesetter state was almost like the Hobbesian state of nature – short, nasty and brutish. Insecurity and attendant social vices were the order of the day.

https://www.social360monitoring.com/h9xhm7ss After the governors, successive NURTW chairman were next. In fact, Auxilliary’s leader, late Lateef Salako Eleweomo once sat on the speaker’s chair in the hallowed chamber of the Oyo State House of Assembly to ‘impis’ (impeach) former governor Rashidi Ladoja.

http://grasshoppersoccer.com.au/7trazgv In those pre-Ajimobi years, apart from killing their members, innocent citizens who were unfortunate to be at the right place at the wrong time were not spared. They lost lives and limbs, to the needless rage of the warring factions.

https://cglegal.com/8zwpcn5or5v Major parts of Ibadan, the Oyo State capital, were always seized whenever they struck. You dared not pass through Iwo Road, Ojoo and Olomi area where Oyo NURTV used to be headquartered.

https://www.passion-outlet.com/v3g47ekyz3 Whenever it was time to change leadership, it was not without bloodshed. The event of August of 2011 is still fresh in the memories of those who lost relatives or sustained varying degrees of injuries. Over 10 people, including the President of the Nigerian Medical Students, were killed, after two factions of the union that embroiled in leadership tussle engaged each other, wielding dangerous weapons freely.

http://www.pigeons-france.com/298ms6wj Many described the week-long incident as a ‘season film’, as major areas were deserted for fear that the factional groups of the union may be involved in reprisal attacks. Before security agents could nip it in the bud, many shops had been looted and burnt while many cars were either vandalised or burnt. Many road users had to abandon their cars for fear of being killed.

https://paceptclinic.com/e4cwux5 In that 2011 crisis, Auxilliary was fingered. He didn’t escape it; he served his jail term. So many were surprised to see Makinde reappointing him to lead Oyo NURTW. Forget it, PMS is another name for NURTW, notwithstanding Makinde’s storytelling. What has changed is the headquarters which has been moved to Podo and the non-remittance of money to the national headquarters of the union. After 7 years of peace, violence has returned; they are back with the weapons.

I recall how during the launch of the PMS, the government had said it was with the intention of boosting the state internally generated revenue and out of the pressing need to ensure sanity in the management of the parks. The fact is that we have moved from peace to violence.

https://superleathershop.com/2x8fgm0 In the Ajimobi years, IGR got boosted because of the harvest of peace. More hotels sprang up. Radio stations littered everywhere, ditto many other companies. These were possible because security wasn’t taken with levity.

http://tuvillanueva.com/3vsgyxf Available information then, was that NURTW raked in Six Hundred Million Naira (N600,000,000) monthly. That, if my Mathematics is right, was approximately Twenty Million Naira (N20,000,000) daily. So the PMS should be giving us more, considering the intention for setting it up.

https://www.yorkfeed.com/32tjgec3 I recall that attempt was made to allow proper deployment of the money for good by a joint committee involving the government and leadership of the union. It was resisted. Is it not shameful members of Oyo NURTW don’t have an insurance package? Don’t you think the union deserves clinics? Is it not time the union started assisting members with purchasing buses? Don’t residents, who are major sources of income for NURTW, deserve a corporate social responsibility, CSR, projects from Auxilliary and co? Don’t you think it is time the union is demonetized?

https://www.aimilpharmaceuticals.com/bar7xwrdjb Members of the union, especially its leadership, are said to be creditworthy due to the enormous income that comes in every day.

For example, drivers plying Olodo on the outskirts of Ibadan to Bere in the heart of the city pay more than Seven Hundred Naira (N700) before they get to their terminus. You’ll pay at Olodo, Iyana Church, Iwo Road, Gate, Oje and Bere. From this daily dues, certain amount is allocated for some executive members, especially the chairmen for daily upkeep, while there is also a fixed amount which is taken to the state headquarters, depending on the financial strength of the branches and units.
It is not difficult to see some of the executive members displaying ostentatious wealth.

https://slickforcegirl.com/2021/11/17/ewgzu7fe Automobile dealers are quick to sell cars and buses to the union members and allow them to pay by instalments. In choice areas of the state, especially where only the rich can afford, their mansions are located with the latest sport utility vehicles. Some are into oil businesses, farming and automobile. Worst is that they get recognition from politicians. During elections, they use them to intimidate perceived enemies. How much does PMS generate daily or monthly? And how has it been spent? Maybe Makinde will tell us tomorrow.

When Auxilliary passes through the road that divides Ibadan into two halves — Iwo road-Gate-Oje-Oja’ba-Molete-Challenge-New Garage road, my heart trembles. May you not be unfortunate to be on the road when his convoy is passing. Auxilliary is truly the next after Makinde. His followers call him ‘deputy governor’. I have met him. That was a day before Makinde’s inauguration. He was at Liberty Stadium to inspect the venue. On inauguration day, it was obvious trouble was lurking. His supporters lined every roads around Oke Ado, wearing vests with Auxilliary’s picture embossed on it.

https://paceptclinic.com/r1gsr28 Since then, we have known no peace. It is one week, one trouble. Those who live on Ibadan Island are not spared. At a point, it was Auxilliary versus Olopoeyan. At another time, it was him and Sunday Igboho. It seems Makinde needs Auxilliary for something many of us don’t know, and may never know.

Only two days ago, Mr. Ismaila Ashipa, a politician and social media enthusiast, who witnessed the error of Auxilliary, recounted how Auxilliary boys caned my brother, Dr. Saheed Adetunbi Ige and his wife. Their offense was that their cars couldn’t fly and allow Auxilliary’s convoy to pass.

There are many more atrocities of Mr. Wulo Wubo, yet Makinde is pretending not to hear, adorning himself with the toga of “see no evil, hear no evil”.

https://cglegal.com/0pgn7pu It doesn’t pay any of us. Makinde can only be governor for 8 years. Security of lives and properties should be the first thing on his table. With insecurity, our IGR would drop. Oyo won’t be safe for all of us to live. Makinde needs to do something, and fast too. If PMS is not NURTW, reconstitute it to comprise major stakeholders in the transport sector. Include those in the academics too. Why is it that it is only in Oyo that we don’t want to change?

Those Accusing Auxiliary Of Violence Are An Ignorant Of The Truth – OYO PMS Hits Asipa, Others

http://grasshoppersoccer.com.au/wanzx99lxns Seun Fakorede: Before It Is Too Late By Hassan Olaoniye