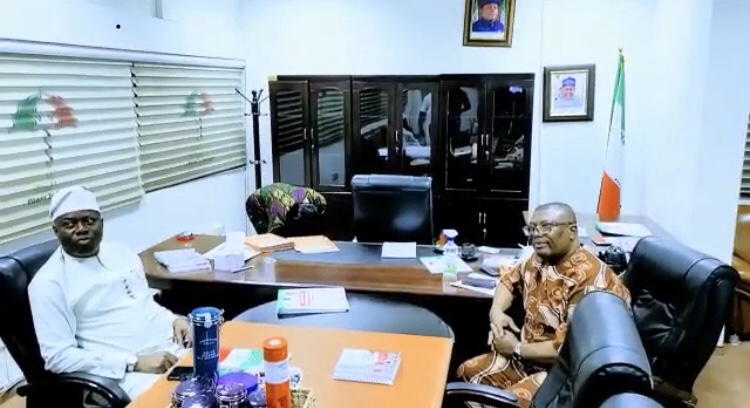 The details of their discussion was not revealed but weaterndailynews scooped that, governor Makinde’s visitation to Wadada Plaza is connected with the none stop crisis rocking the party in Oyo state and an effort to maneuver process to outsmart some party leaders in the state at the congresses which will start on Saturday.

In Oyo, Makinde’s state, it was learnt that, some members of PDP are aggrieved and had gone ahead to obtain and submitted congress nomination forms. The said aggrieved members were said to have already scheduled parallel congresses from Ward congress to state congress, against the leader of the party governor Makinde in the state.

The Oyo PDP aggrieved faction was said to have emerged as a result of the inability of Engr. Seyi Makinde, the Governor of Oyo State, to hold together the various tendencies in the PDP Oyo State as one entity under the PDP umbrella following the party’s success in the 2019 Govemorship election.

The aggrieved also accused governor  Seyi Makinde of persistently denying members of the PDP who toiled day and night to work for this party’s success at the polls of their rights, pauperized them, embarrassed them, diminished them in the true sense of the word, discriminating against them and even harassed them.

After picking venues for the congresses in various Wards, both governor Makinde’s PDP group and aggrieved members are patiently waiting for Saturday’s Ward congress committee from Abuja.