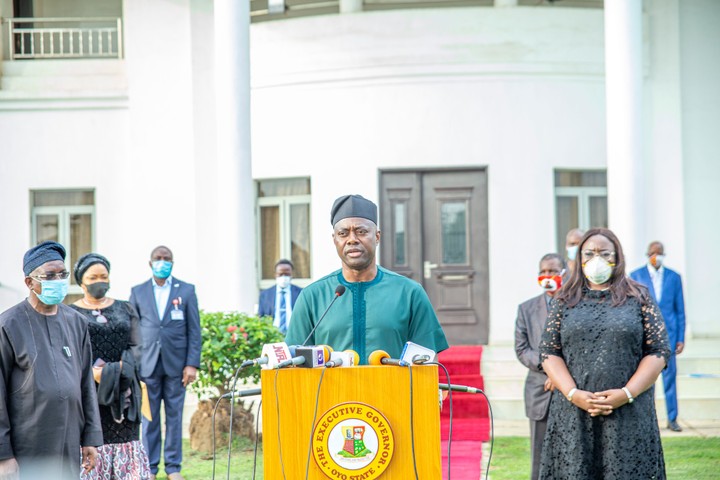 The Oyo State COVID-19 Task Force, headed by Governor Seyi Makinde, stated on Tuesday that it was yet to relax the ban on religious activities and the curfew imposed as a result of the pandemic.

A statement by the Chief Press Secretary to Governor Makinde, Mr. Taiwo Adisa, confirmed that the Task Force made its position public after a two-hour online meeting.

The statement added that the Oyo State COVID-19 Task Force is still evaluating the situation in the state and, therefore, would not be able to follow the decision by the Presidential Task Force, which relaxed the ban on religious gathering and the curfew.

It explained that the position was informed by the ongoing risk, situation analysis being undertaken by a team of experts.

“The Oyo State COVID-19 Task Force wishes to alert the public that the ban on religious gathering remains in force in the state. The 8 p.m. to 5 a.m. curfew earlier imposed on the state as a result of the ravaging pandemic, will also remain in force until further notice.

“This is because the Task Force is awaiting a risk, situation analysis report by a team of experts earlier commissioned to do so.

“The report is expected at the end of the week and it is only after the report has been analysed by the Task Force that it can be in a position to make further clarifications,” the statement read.

According to the statement, the Task Force will always make its decisions in relation to the behavioral patterns of the novel Coronavirus in its domain, relying on science, logic and data, assuring residents that the state is leaving no stone unturned in curtailing the spread of the dreaded virus.

Meanwhile, the Emergency Operations Centre (EOC) of the Task Force will on Wednesday commence the community testing for COVID-19, with the aim of determining the behaviour of the virus in the state.

The statement indicated that the exercise, which is scheduled to hold in 10 locations, will kick off in three different sites in Ibadan on Wednesday.

Prince Akinremi Jagaban Celebrates Akala, An Icon Of Excellence At 70

Wabkem, Akinwande Other ADC Leaders Decamp To PDP In Oyo

Just In : Uche Secondus Reacts To News Of His Suspension As…