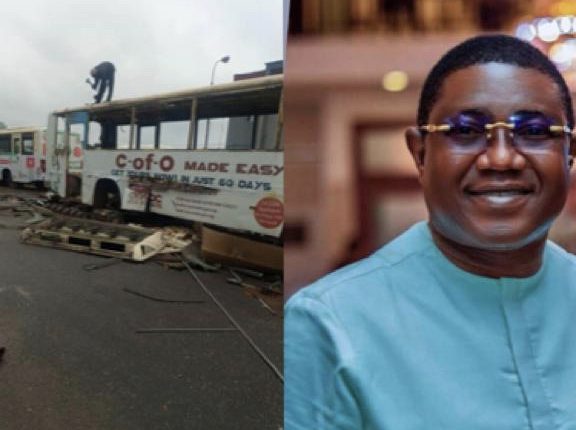 A political group, All Progressive Congress Youth Alliance ( APC-YA ) in Oyo state has advised Mr. Dare Adeleke to resign his appointment as the Chairman of the Pacesetter Transport Service (PTS) for alleged misuse of office and illegal sales of government vehicles.

The group said its organization was disappointed by the statement issued by Dare Adeleke where he confirmed that he sold 22 vehicles illegally.

Weaterndailynews recalled that some staff of the Pacesetter Transport Service comapany had on Friday petitioned the governor of the state, Engr. Seyi Makinde over alleged sales of the said vehicles.

According to the report, the vehicles were bought as new vehicles by the immidiate past governor of the state, Senator Abiola Ajimobi.

But reacting to the scandal through an online medium, goalpoachernews.com, Adeleke said selling of unserviceable vehicles is not a new thing to him, hence confirming he truly sold the said vehicles illegally.

At this end, the Oyo APC-YA group in a statement by its president, Hon. Akinyele Olagunju said sales of government property for unidentified companies was lack of credibility in the hand of incompetent leaders and government.

Olagunju noted that illegal activities reported by SaharaReporters at the Pacesetter Transport Service is one out of thousands ongoing scandals under the Seyi Makinde led-administartion.

The statement reads in part; “It is very shocking reading from a news portal on how our governor’s friend, Mr. Dare Adeleke, the Chairman of the Pacesetter Transport Service (PTS) illegally sold off 22 busses bought by immediate past governor of Oyo state, late Senator Abiola Ajimobi.

“We wouldn’t have believe the story at first but very much disappointing, after reading an empty defense statement from Mr. Dare Adeleke, he did not only shot himself in the leg, he also exposed how governor Makinde is allowing his appointees to mismanage government property. 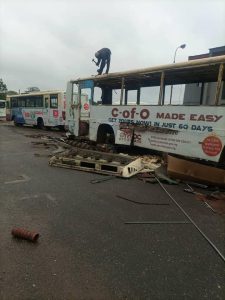 “Since Mr. Dare Adeleke had admitted that, it is not a new thing to dispose government’ obsolete and unserviceable vehicles, why did he failed to understand that such action under a serious leader, government will have to pass through a rigorous process, starting from ministry and governor’s approval, State Tender Board, tender in form of advertorial to call for interested buyers and publication of qualified companies in the state.

“Apart from Mr. Dare Adeleke inability to give tenable reasons for why he sold off eight years old 22 busses as scrap to spare parts dealers and failed to clarify the process, amount involved and how he remitted the money derived into government coffer, it enough reasons for him to resign to cover up is disgraceful action. 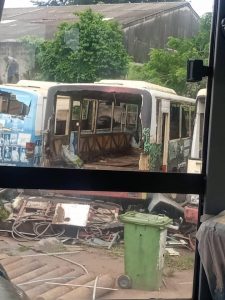 “We expected Mr. Dare Adeleke in his efforts to defend himseld for sales of the busses as scrap to come up with proofs and paperworks to show that he is an innocent of the allegations.

“Without pulling woods into the Eye of Oyo state residents, it is clear enough that a power drunk appointee like Dare Adeleke has misused office assigned to him and as a result, APC-YA is appealing to Mr. Dare Adeleke to step aside from the office while the state governor also need to put aside friendship and investigate the scandal as suggested by the concerned staff of the company. Governor Seyi Makinde must bring back sanity to government as Ajimobi did.”

We’ill Resolve Every Outstanding Boundary Disputes Across The State Without Sentiment – Oyo Govt.