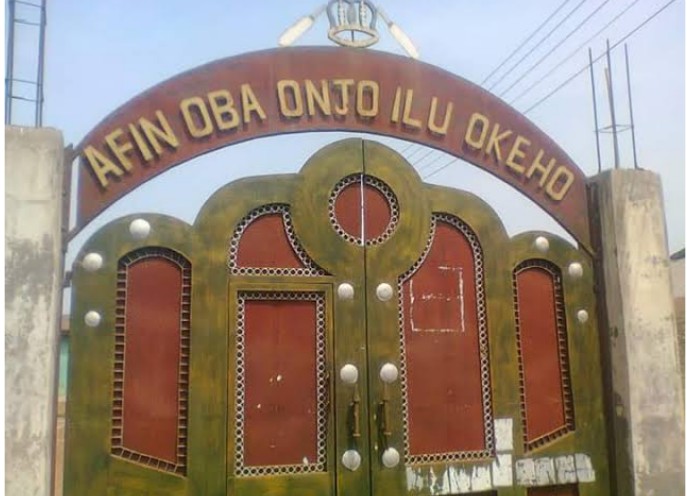 LIFE is a mystery. For individuals, it is the inscrutability of birth and death, the mystique of destiny, and the enigma of meaning. We are passive participants in our own birth, and death strikes when it chooses. Despite the certainty of death, we go through life, struggling to make it, mindful that the world around us doesn’t stop to ponder the imminence of an end.

For the wise, the struggle of life is not to acquire fame or possessions, knowing fully well that these are ephemeral and fleeting. Instead, they invest their time and energy in leaving their marks and preserving their memories in acts that give meaning to existence.

The community is a nexus that links the present generation to the ancestral past and joins it to the future generation. The mystery of life for the community is the incomprehensibility of that nexus, the background to the many becoming one. While this mystery is never fully resolvable, the life of the community depends on the strength of the nexus and of its conscious appropriation by its members.

My readers may recall that three years ago, I did a three-part series on Okeho in History, a volume that I published in 2017 in commemoration of the centenary of Okeho’s return to its origin after a bloody protest against the British Colonial Government, which then sacked the town and forced its relocation. The centenary celebration was a community rebirth, as old fissures got mended and past animosities reconciled. And the bond of communal life grew stronger, with young and old committing to its development.

Okeho is a small rural community in the backwoods of Oyo State. As such, it has not always been a favorite of governmental largess. Its successful daughters and sons have been mostly self-made, with a stubborn determination to defy all odds and excel. The community then looks up to them to lift up the upcoming ones in their struggles, and the community in its desperate need for development. And many have internalized that concept and accepted to play their part as a means to a meaningful life.

When death strikes and takes any of the high achievers that the community looks forward to, it is not just the nuclear family that feels it. The community feels the loss in its core.

Last year, it was Chief Gbade Adejumo, the Chairman of Okeho Strategic Development Foundation (OSTRADEF), a self-made man whose only formal schooling was Secondary Modern School, before he gained admission to the University of Ibadan and graduated with a degree in Economics. He rose to the level of Permanent Secretary in the Oyo State Civil Service before retirement. Okeho still mourns his loss.

In the last week, death struck again taking away two self-made men of integrity and honor with a record of community service.

Dr. Abdulrazaq Afolabi Olopoenia, a trail blazer in scholarship and higher education, was an inspiration for me growing up, a brother we aspired to emulate. He began his life in the village, attended the same primary school that many folks attended, before moving to Ghana for his secondary education.

He returned to Nigeria for the Higher School Certificate at Olivet Baptist High School Oyo, graduating with distinction in 1965. At Olivet, he participated in the First Kennedy Memorial Essay Competition, which was organized by the United States Information Service (USIS). His essay was one of the best ten essays in the country. He was accepted to the University of Ibadan where he studied Economics, graduating in 1969. From 1970 to 1975, he studied economics at the University of Michigan, Ann Arbor and received the Ph.D. in Economics in 1975.

Dr. Olopoenia returned to the University of Ibadan as a faculty in the Department of Economics, exceling in teaching, scholarship, and service. He was the Sub-Dean, Post Graduate in the Faculty of the Social Sciences.

He was a member of Oyo State Economic Advisory Council under Governor Jemibewon until early 1980. He also served on the Board of Directors of Nigeria-Romania Wood Industry, Ondo representing the Oyo State government until January 1980, and as the Chairman of the Board of Lake Chat Research Institute, Maiduguri until 2008 when the Board was dissolved. Dr. Olopoenia retired from the University of Ibadan in 2008, leaving behind a legacy of effective teaching, mentoring, scholarship, integrity, and an uncompromising conscience.

He could have been all these without lifting a hand in the business of his community of birth. But he chose the path of communal service, bringing his wealth of experience and knowledge to the cause of communal development. As a founding member of OSTRADEF, Dr. Olopoenia was a pillar of the success of the organization. From lending his expertise to the economic development agenda of the organization to contributing in kind and cash to its success, he made a great impact. During the centenary celebrations, he surprised me with his active presence in all the week-long activities, including in round the clock nocturnal meetings to douse the embers of minor and major discontents.

To the delight of the community, Egbe Omo Ibile Okeho acknowledged Dr. Olopoenia with an Award for his contributions to its development and for being Okeho’s first PhD recipient. Though he passed on at 77, which, in the context of our national and continental standards, is a ripe age, the community is hurting badly for the loss of a genuine member with a kind heart and a record of outstanding service to its progress. He will be missed.

Joshua Adebayo Adeyemo was my childhood friend, a friend who was like a blood brother.

He was my go-to for intimate advice on every matter. It was Bayo’s initiative that led me to meet the girlfriend that became my wife. Bayo was my best friend at my wedding. We shared the struggles of life and living, the ambition to succeed and make something for ourselves, and be of use to the community.

With other friends of our age, we formed an organization, The Okeho Progressive Stars (TOPS), a social club with a community focus, which Bayo led for many years. Through the club, we engaged in self-help activities, nudging one another to higher heights. Not allowing the disease of poverty to demoralize us, we took our destinies in our hands, making lemonade out of the lemon that life tossed at us. Not having the resources for secondary school education, we went for teacher training. He received his Teachers’ Grade II Certificate from Baptist College, Iwo, teaching for many years while studying for the General Certificate of Education. He eventually succeeded and got admitted to the University of Ibadan where he studied Geography and received the B.Sc. degree with Honors.

Bayo started his post-graduate work experience teaching at Abiodun Atiba Grammar School, Oyo, beginning his life-long journey as an Oyo resident, establishing himself and training his children. With a view to being of more service to the community, Bayo left the teaching service for the National Population Commission from where he retired voluntarily in 2001 as a State Comptroller.

Thereafter, he engaged in new ventures, devoting more useful time for the community as he commuted between Oyo and Okeho.

On Tuesday, April 21, 2020, I received a call from Bayo. As usual, he wanted to make sure that we were staying safe indoors, ending the call with his signature prayer: Eje Jesu bo yin (The Blood of Jesus covers you). On Wednesday, April 29, he had his breakfast, relaxed on his couch, and took his final breath. He was 76.

What is life? What is its meaning, since death will come anyway? The meaning of life is found in the memories that the departed leave behind. It is what immortality is about. When your community misses you so much that it hurts, then you have lived a good meaningful life.

Dr. Abdulrazaq Afolabi Olopoenia lived an outstanding memorable life. My friend, Joshua Adebayo Adeyemo, lived a great meaningful life. Though the community they left behind is hurting, it is also relieved that, once its offspring, but now, ancestors, they were, and will continue to be, integral parts of its fabric.

After Ago Are Mobile Squadron, Gov. Makinde Requests For…