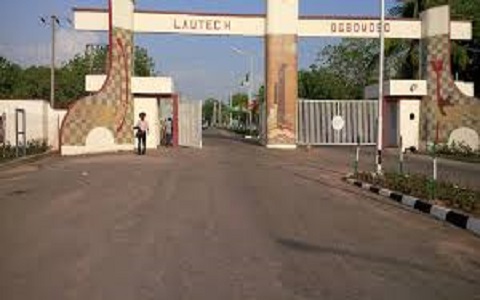 Oyo State government says the governing council of Ladoke Akintola University of Technology when put in place will carry further investigation on the suspension of the institution’s Vice Chancellor, Professor Olufisayo Ologunde

Apparently reacting to releases of SSANU and ASUU of the institution, the state Commissioner for Education, Mr. Olasunkanmi Olaleye in an interview with newsmen maintained that the step aside order on the embattled VC was not vendatta as misconstrued by some section of the public noting that government did not sack the VC but only asked him to step aside.

The commissioner for education whose ministry delivered the letter of suspension to Professsor Ologunde explained that the reasons for the order were stated in the letter forwarded to the embattled VC.

When asked whether the LAUTECH VC could be reinstated, Mr. Olaleye said the governing council of LAUTECH would determine further step insisting that Oyo state has not acted against the law by asking the VC to step aside.

When contacted, the embattled VC, Professor Olufisayo Ologunde, directed journalists to the institution’s Public Relation Officer (PRO) for comments but admitted that he has accepted the government’s decision in good faith