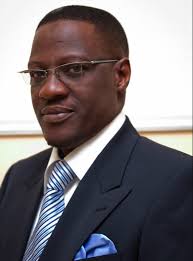 The Kwara State Governor, Alhaji Abdulfatah Ahmed has approved the appointment of Professor Kenneth S. Adeyemi, as the acting Vice Chancellor of Kwara State University (KWASU).
The Kwara State Commissioner for Tertiary Education, Science and Technology, Barrister Abdullahi S. Alikinla, who announced Professor Adeyemi’s appointment in a statement, also directed the incumbent Vice-Chancellor, Professor Abdulrasheed Naalah to hand over to the acting Vice Chancellor and proceed on terminal leave as his tenure expires in July 2019.
The commissioner said the acting Vice-Chancellor, Professor Adeyemi, is to take charge of responsibilities relating to the smooth running of the institution in accordance with the law establishing it.
Barrister Alikinla said Governor Ahmed took the decisions in the exercise of the powers conferred on him by the Kwara State University Law 2009 as amended which empowers the Visitor to the University to appoint and remove the Vice Chancellor for good cause and following due consultations.

Poly Ibadan Re-Opens, Ordered Each Student To Write An Undertaken Of Good Conduct

It Sad, Unfortunate For A Father To Carry Lifeless Body Of…