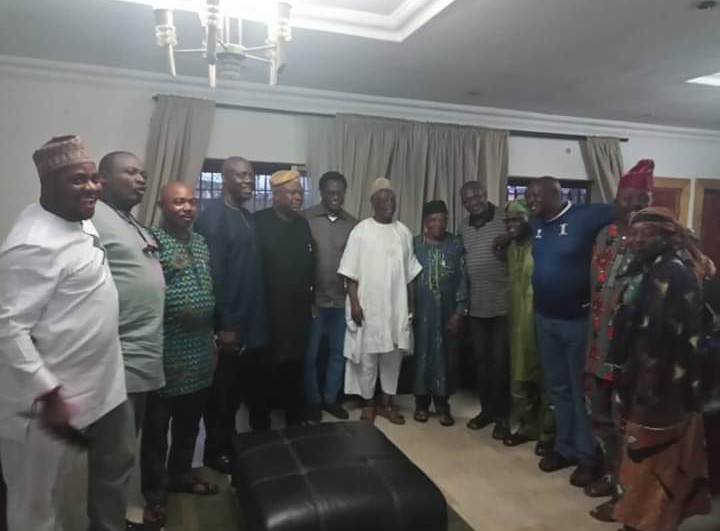 Many had thought the case is settled on the endless meetings of alliance of opposition on Saturday March2nd, when Seyi Makinde camp and members of other oppositions going around the state, rejoicing of a successful amalgamation of political parties ahead of March 9 governorship election. The unexpected from the other candidates struck again, as Sharafadeen Alli of ZLP and Sen. Olufemi Lanleyin of ADC released a separate statement to deny reaching an agreement with Engr. Seyi Makinde and PDP.

” Attention of the Zenith Labour Party, Oyo State has been drawn to the news that the opposition in Oyo State has adopted Engr Seyi Makinde as the consensus candidate for the 9th March, 2019 gubernatorial election in Oyo State. We wish to state clearly that the coalition meeting that was billed for Saturday 2nd March,.2019 never take place, hence no consensus candidate has been adopted”.

So it was surprising that the news of adoption of Engr. Seyi Makinde as consensus candidate by the coalition has hit the news stands when the meeting where such decision was to be taken never hold. The meeting has been rescheduled to come up on Monday 4th March, 2019.

We of the Zenith Labour Party wish to state clearly that we are committed to forming alliance with other willing opposition parties but as of today, 2nd March, 2019, ZLP as a party has not adopted a consensus candidate with any other political party. Barrister Sharafadeen Abiodun Alli (BSA) remains the gubecandidate. candidate of ZLP.

We want all our candidates for the state of House of Assembly to continue campaigning for the March 9 elections.

Senator Olufemi Lanlehin (SOLAN), Oyo State ADC governorship candidate, through his
Media Assistant, Damola Adeoye also inform his supporters, loyalists, members of the ADC, and the very good people of Oyo State, that as a democrat, and committed party man, the interest of Oyo State and its people is paramount to him.

Said he wishes to allay whatever fears that are being nursed owing to the seeming lull occasioned by the ongoing coalition talks, urging the people to also discountenance every insinuation concerning the purported adoption of a coalition candidate.

” Truth is, as of today, Saturday, 2 March, 2019, talks are still ongoing among opposition parties desirous of ousting the fascist ruling All Progressives Congress (APC), and birthing a masses friendly, pro people government.

Yet, as promising as the talks are, no candidate has been adopted.

Decisions as to the adoption of a coalition candidate, when eventually arrived at, will be done by mutual consent, and not by blackmail or mischief, and same appropriately communicated”.