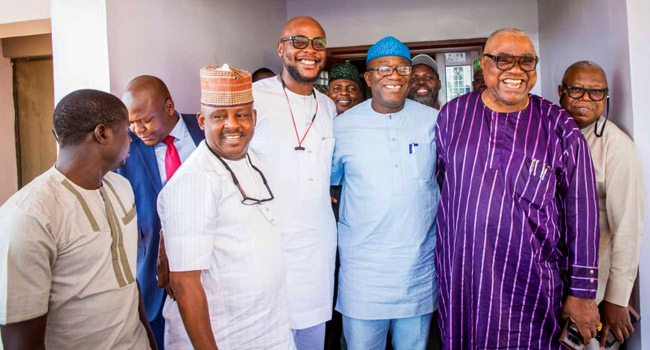 The alliance among political parties has continued to generate controversies in Oyo State, ahead of the governorship and state house of assembly elections scheduled for March 9.

This is accompanied by meetings of leaders of the All Progressives Congress (APC) in the south-west region with major members of the opposition parties.

The purpose is to mend fences and build a way forward to ensure the success of their candidates in the coming polls.

One of such meetings was that of Ekiti State Governor, Kayode Fayemi, and ADP governorship candidate and one-time governor of Oyo State, Adebayo Alao-Akala.

Both men briefed reporters on their stance and the support for the APC governorship candidate in Oyo, Mr Bayo Adelabu.

Although President Muhammadu Buhari the presidential election, the ruling party got fewer votes in the state compared to that of the Peoples Democratic Party (PDP).

The party, in a bid to address the situation, has returned to the drawing board and already mending relationships with some of its estranged leaders.