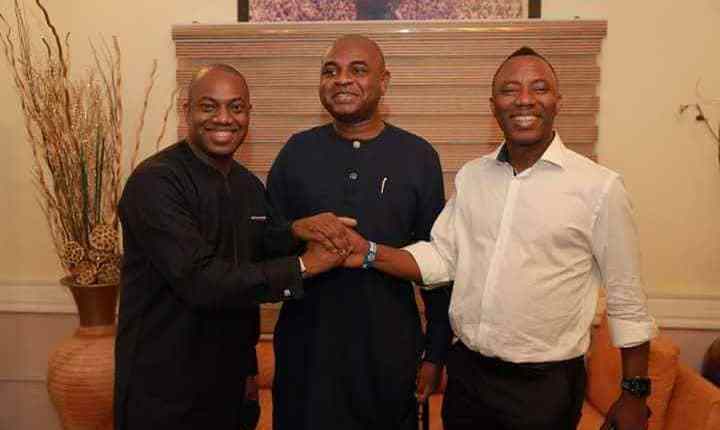 During the warning up of the February 23rd, 2019 Presidential election, the trio of Omoyele Sowore of the African Action Congress (AAC), Kingsley Moghalu of the Young Progressives Party (YP) and Fela Durotoye of the Alliance for New Nigeria (ANN) are not only contenders for the presidential seat but held the nation political scene to ransom.

The way the trio bombard the social media with a well designed campaign strategy and a carefully doctored physical political campaign, it will was said they will give the major parties ( APC and PDP ) a good fight, little did Nigerians knows they are just notice makers.

The campaign activities of the new political stage entrances, Sowore, Moghalu, Durotoye was so interesting and seems effective on the mind of an average Nigerians wherein it was believed each will got more than 3 to 4 millions votes to sealed 3nd, 4rd and 5th positions respectively.

On the 27th of March, the real “Dark Horse” surfaced. Nicolas Felix was the third place winner, a Presidential candidate of the people’s coalition party.

Mr Felix, 37, is the youngest of all the presidential candidates who contested in the election on Saturday, February 23,

At the election, Nicholas polled 110,196 votes to leave a host of more favoured challengers in the dust.

Omoyele Sowore of the African Action Congress (AAC) placed 10th with 33,953 votes, Kingsley Moghalu of the Young Progressives Party (YP) finished in 14th place with 21,866 votes, while Fela Durotoye of the Alliance for New Nigeria (ANN) finished a distant 17th with 16,779 votes.

The results of opposition candidates shows Felix Nicholas is more popular than Dr. Obadiah Malafia of the African Democratic Congress (ADC), who placed fourth with 97,874 votes, and John Gbor, presidential candidate of the long-existing All Progressives Grand Alliance (APGA), who could only end up in fifth place with 66,851 votes.

Nicholas Felix is from Edo State, and a full Time Pastor in the United States. Felix Nicholas contested under Peoples Coalition Party (PCP).