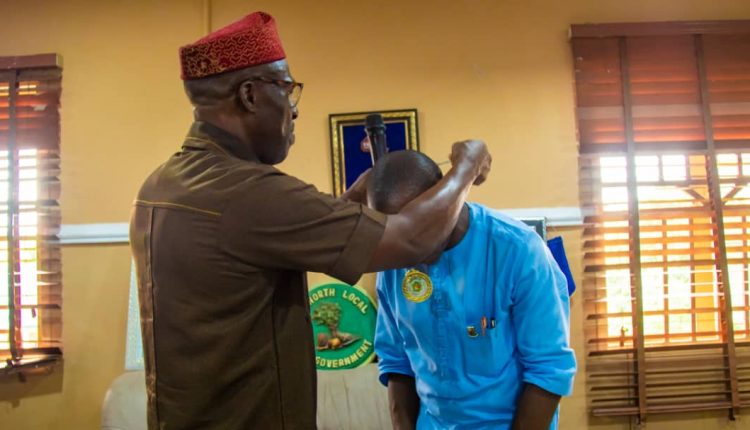 The executive chairman of Ibadan North Local Government, Hon Yusuff Sahib Oladayo (Agba Egbe) has been awarded Integrity Icon of Nigeria (IION) by the Centre for Ethics and Self Value Orientation.

The organization, IION in the past had conferred the award to high personalities like the Vice President Professor Yemi Osinbanjo, the late Alaafin of Oyo, Rt. Hon. Femi Gbajabiamila, Speaker, Federal House of Representatives to mention a few.

Presenting the Award, The team leader, Mr. Salimusa Yakub. According to him, said the group is a non-governmental organization saddled with the responsibility to fight corruption and honor both public office holders and private sector, who have demonstrated the act of patriotism in Nigeria.

A press release by the chairman’s special adviser on media and publicity, Mr. Bodija Akinwale made available to newsmen in Ibadan said Ibadan north local government was ranked as number one least corrupt local government in Oyo state and ranked 6th overall in Nigeria.

The head of local government administration, Alhaja M.A Noibi received the Ethics, Integrity Compliance award, along with the leader of the legislative house, Hon. Olaolu, Mrs. A. M Oyewale the Director of Administration and General Services, among others.