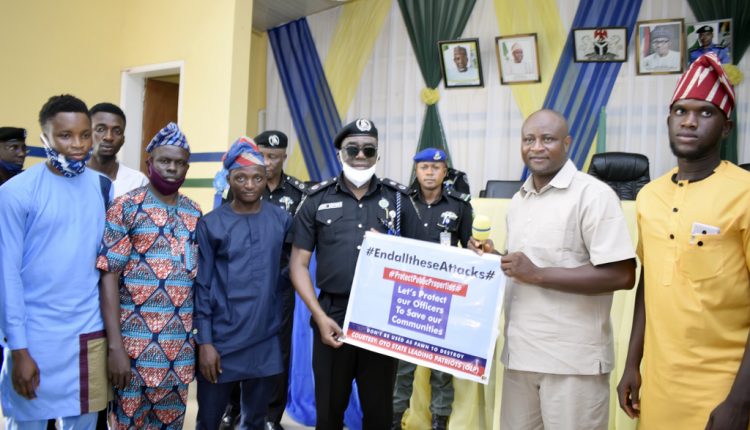 .......... CP Urged People To Fish Out Perpetrators of Dastardly Acts

In a bid to put an end to wantom destructions of lives and property in Oyo State by some people claiming to be protesters of police brutality against the civilians, a group, Oyo state Leading Patriots (OLP), yesterday demonstrated against the barbaric killings of police officers and destruction of properties in the state.

According to the Conveigner of the group, Aswaju Nurudeen Akinade, who led scores of youths to Oyo State Police Command to pay a solidarity visit to Oyo State Commissioner of Police, Mr Nwachuku Enwonwu, condemned in its entirety the destruction of lives and properties which aqq1ccording to him some unscrupulous youths in the state have taken to be their daily chores in the past couple of days. 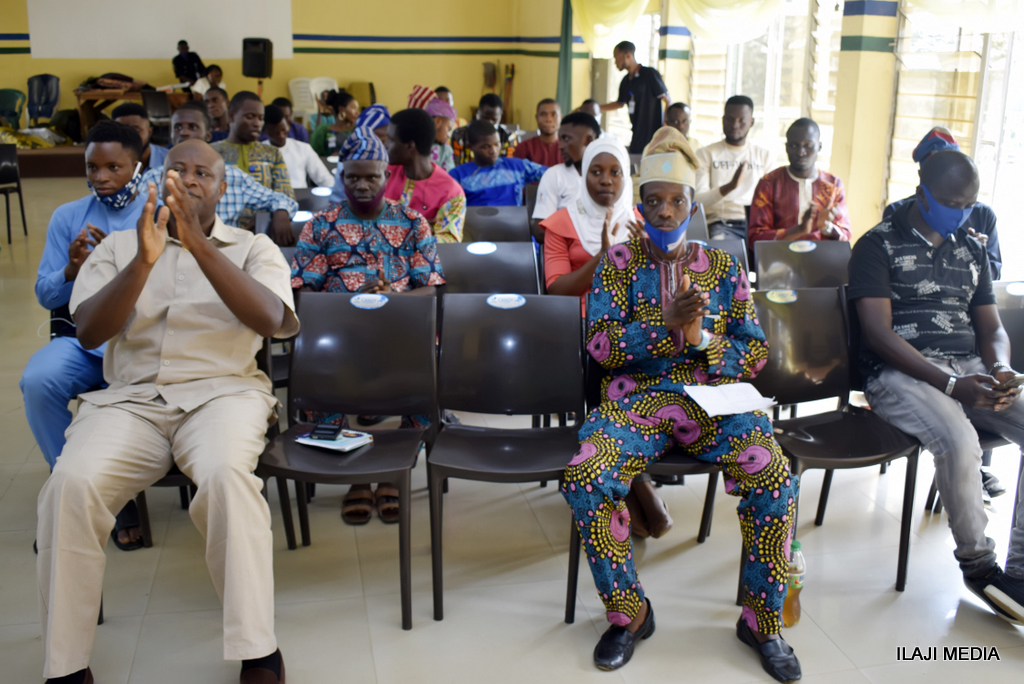 While addresing the Commissioner of Police, Mr. Akinade commiserate with the number one police officer in the state over the loss of his men who were brutally murdered by some youths.

In his words, ‘having watched with horror in the past days, the manner in which some unscrupulous youths have murdered some of your men, we, Oyo State Leading Patriots, have come out to speak against the social disorder and killings of policemen.

“We are worried that our state which is known for its peaceful coexistence of all and sundry might be turned into a war zone if we did not speak out on time.

“We came here to commiserate with you over the loss of your men and to
assure you that the youths of this state are solidly behind you and would do everything legal to ensure that normalcy is restored to our dear state, he concluded.

In his response, Mr Enwonwu commended the group over their solidarity visit and for speaking out at a time when everyone is afraid to do so.

The CP remarked that none of his police officers have fired a single shot at any individual despite the provocations adding that even though it is not only the protesters that have the monopoly of violence.

Mr. Enwonwu enjoined the group and the law abiding citizen to fish out the perpetrators of the dastardly act saying that it is the only way Oyo state people can live a peaceful life.

He stated further, “what an angry person who has no criminal records and criminal tendencies does is to help the society to fish out the bad eggs from the police force but these ones who hid under the circumstances to unleash terror under the guise of protests are nothing but criminals.

“I am urging you to share your peaceful messages to other law abiding citizens like you. And eadeavour to work hand in hand with vigilante groups so as to bring the perpetrators to book”.

Mr. Enwonwu, said that the group’s actions showed that their is hope for a better tommorrow.

The group which comprises of various students’ leaders across the state tertiary institutions went to pay similar visit to the Olubadan of Ibadanland, Oba Saliu Adetunji, Ajeogunguniso 1 and Eze Ndigbo of Ibadanland, Dr. Alex Anozie in their palaces.

In his reactions, the Eze Ndigbo of Ibadanland, Dr. Anozie condemned the romours going round that the Igbos are planning to join forces with the hooligans who hide under the covers of demonstration against police brutality on civilians adding that the igbos in yorubaland have lived peacefully for centuries hence they will never join any forces or group that is poised to destroy Yorubland.

He declared that anyone who embarks on such call for destruction of this peaceful city or call that will bring any form of strains in the relationship that has existed between Igbo and the people of Yorubaland should be discouraged and ignored by all and sundry.

He urged the government to reach out to the traditional learers in the state with a view to bringing lasting solution to the demands of genuine protesters.

At the palace of Olubadan, the Imperial Majesty, Oba Adeunji lauded the group over their peaceful approach and urged them to continue to be law abiding in their quest to restore normalcy in the city.

The monarch thereafter prayed for them adding that their conducts have shown that they have the genuine love of the state at heart.

The group leader, Mr Akinade, and other group members at the end of every visit presented their banners to all their hosts with the ashtags #endalltheseattacks and #protectthepublicproperties.

Post Protest : Makinde To Give N500m To EndSARS Protest Victims