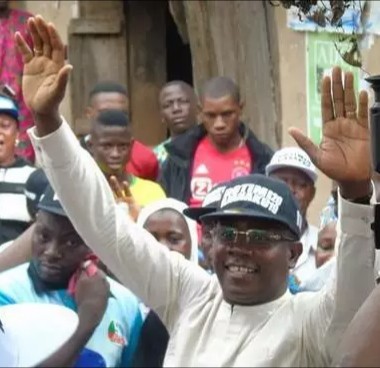 I am A Peace-loving and Mature Politician – Rotimi Ajanaku

The Zenith Labour Party candidate for House of Representatives, Ibadan Northwest/Southwest Federal Constituency, Hon. Rotimi Ajanaku has debunked the allegation by the lawmaker representing the constituency, Hon. Saheed Fijabi that he is after his life. Ajanaku dismissed the unfounded allegation today while featuring on ‘Eto Oselu’, a news and current affairs programme on 32FM, 94.9
‘everyone knows me as a peaceful man since I ventured into politics. I am too mature to be after someone’s life. I believe in potent power of ballots and not hooliganism’

Speaking further, Ajanaku described as laughable a comment credited to Saheed Fijabi that he was with his team pasting poster on the day of incident. ‘it amused me when I heard that I accompanied the guys to paste posters, that I fled the scene. I have never pasted posters by myself’. He submitted.

On his vision and mission for his constituency, Otunba Ajanaku said people know him and his antecedents as a philanthropist of note, adding that he would do more in improving the lives of his constituents who have been suffering poor representation in the last eight years.