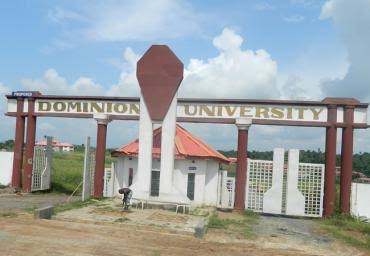 Dominion University, a private University located in Ibadan has gotten her establishment approval, following a visitation by the National Universities Commission.

The announcement of the approval of new four new Universities was made by the Minister of Education Adamu Adamu today 8th January 2019 through a press release.

Adamu Adamu said, the decision was reached during a Federal Executive Council meeting which held at the Presidential Villa, Abuja after it was confirmed that the four universities met the requirements for establishments, following a visitation by the National Universities Commission (NUC).

I am A Peace-loving and Mature Politician – Rotimi Ajanaku

We Will Regulate Activities Of Okada Riders – Oyo Govt

We Will Continue To Focus On Our Four Points Agenda For…