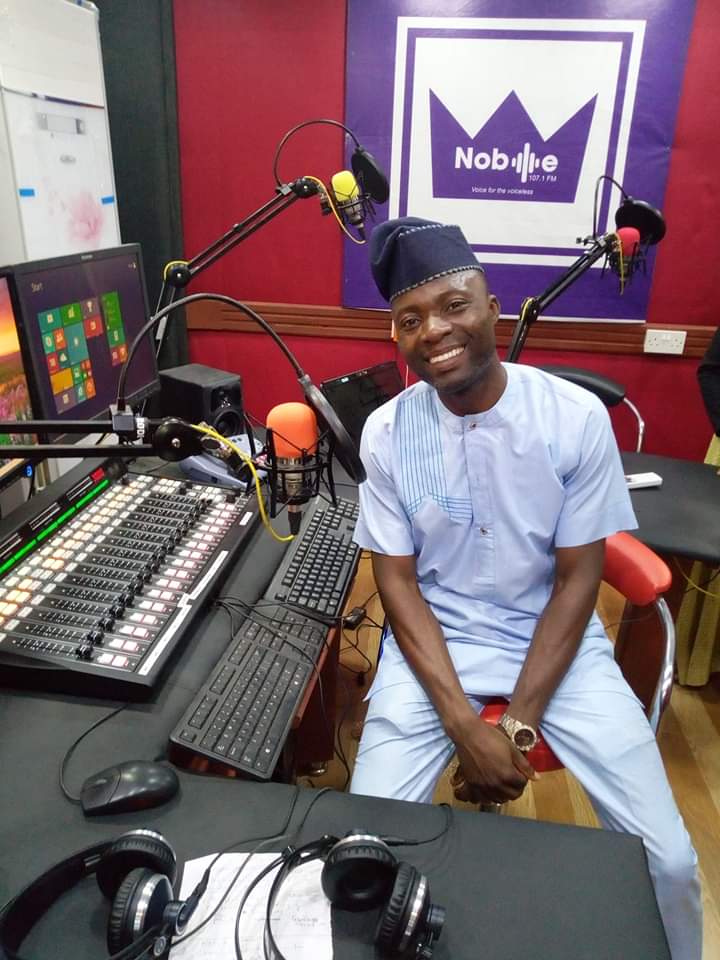 The intelligent and vibrant broadcaster who has been able to carve a niche for himself in the industry terminated his appointment with the said station to join a new radio station called NOBLE 107.1FM located at Gbopa ,ologuneru Ibadan.

During an interactive segment with him OBA IRAWO revealed that he left KING FM after spending more than a year with them because he wants to step forward and to get a better life as well.

He further explained that they couldn’t meet his demand anymore and luckily for him, he already got a better offer.

When asked what the station’s response was like when he told them he is leaving,Mr Saheed Alatise said; “they have no choice because of circumstances surrounding my demand.”
He also used the opportunity to assure his teeming audience and followers that the one in town investigative program titled “SOGIGUN” will continue but in another brand name on Noble 107.1 FM ibadan.