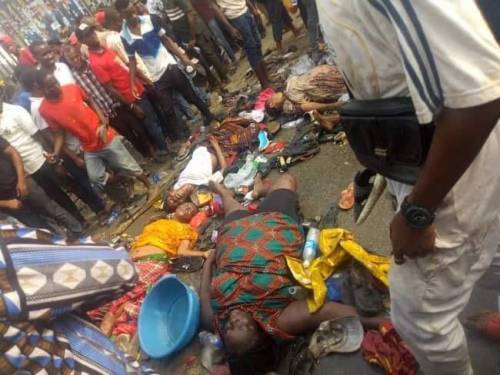 Four people lost their lives in a stampede at the presidential rally of the All Progressives Congress (APC) held at the Adokiye Amiesimaka Stadium in Rivers State, on Tuesday.

Many others were said to have sustained injuries during the incident.

The victims were said to have been trampled upon.

Others who were in the throes of death were rushed to a nearby hospital for medical attention.

As of the time of filing the report, there was no official confirmation of the number of people that died.