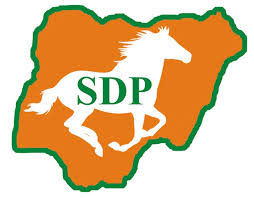 The group also adopted Atiku Abubakar of the Peoples Democratic Party (PDP) as its presidential candidate.

The announcement comes five days after the party adopted President Muhammadu Buhari as its presidential candidate for the 2019 general election.

Tuesday’s development was contained in a communiqué signed by Supo Shonibare, National Chairman and Adakole Ijigi, National Secretary, at the end of a stakeholders’ meeting of the party on Tuesday, held at Merit House in Abuja.

The group, led by Shonibare, said the appointment and announcement of Adeniran as the acting Chairman of the party is unconstitutional, adding that his suspension was as a result of his gross misconduct, anti-party activities, and acts prejudicial to the fortunes of the party, “which have gravely brought the party to great disrepute”.

Shonibare, formerly the party’s National Vice Chairman, South West, was nominated, adopted and ratified as the new National Chairman of the party. The group also suspended the National Secretary of the party, Alhaji Shehu Gabam.

The communiqué read: “The NEC considered all the options available to the party and observed the impasse occasioned by the lingering court claims of our presidential candidates which prevented any nationwide presidential campaign.

“In view of these challenges, the NEC deliberated exhaustively and unanimously resolved to direct the Social Democratic Party supporters nationwide to mobilize our members and members of the public to support the candidature of the Alhaji Atiku Abubakar.

“This directive is premised on the Alhaji Atiku Abubakar acceptance of a template for fiscal and political restructuring to devolve to the states all functions of government that are not the exclusive prerogative of obligations under international treaties or common services of states, and on assurance that Alhaji Atiku Abubakar will be able to effectively address the economic security and political challenges facing the polity.”

An FCT High Court in Abuja had on December 14, 2018, declared the Jerry Gana, as the winner of the presidential primary of the SDP.

Professor Gana had gone to the court in November, seeking to be declared the winner of the primary, in line with the zoning formula of the party.

This development comes after the SDP announced Mr Duke as the winner of the primary which was held in October.

According to the party, the former governor polled 812 votes to defeat the former minister who scored 611 votes.

Mr Gana, however, claimed that the convention of the party that ushered in Duke as the presidential candidate of the party was illegal and flawed.

But on January 24, 2019, the Appeal Court set aside the ruling of the FCT High Court which prevented Donald Duke from parading himself as the Presidential candidate of the party.

The three-man panel led by Justice Abdul Aboki held that the application was illegal and unconstitutional, which ought not to have been entertained by the lower court.

The court further held that the position of the former minister in section 18 of the party’s amended constitution contravenes the Electoral Acts stipulation for the validity of a candidate in any election.

Xmas Celebration: Let’s Virtues of Love Be Imbibed As…