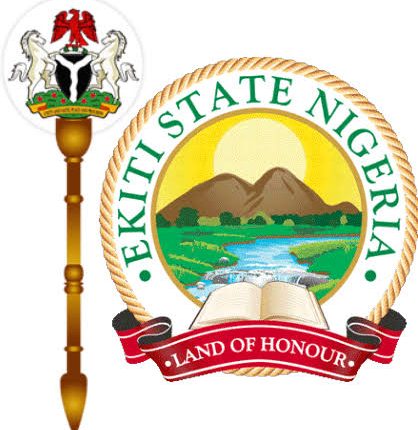 A former member of the Ekiti State House of Assembly, Dr Samuel Omotoso, has petitioned the police in the State, alleging threats to his life by agents of the State Government.

In the petition dated May 6, 2021, and written through his counsel, Sunday Olowolafe, Dr Omotoso said “Since the trump up allegation of sexual harassment against my client broke out, the agents and proxies of the state government have been threatening to kill him, most especially for having the effrontery and daring to hold a press conference on the matter against the State Govt.”

The petition reads in part, “It is our brief that Ekiti State Government through laborious ploys including false and trump up allegations against our client since the inception of this present administration in 2018, alleged killing of Bunmi Ojo of blessed memory by threatening, torture and inducement of innocent citizens for months so as to implicate our client, but they refused to dance to such horrendous tune even while our client was in faraway America on a family holiday.

“Just as if the above scandalous act and action was not enough, our client was alleged through a blood thirsty petition written by the then Ex Speaker of the House of Assembly, Hon Alagbada of assassinating a colleague whom they both served in the 5th Assembly, Hon. Micheal Adedeji. He was later found to have been killed by armed robbers who confessed to the crime upon diligent interrogation and during prosecution, giving our client clean record.

“The  kidnap of my client on the election day by agents of these same people. They almost killed him, if not for providence and the timely intervention of the then DPO, Oye Division who shot in the air to save my client.  My client statement of complaints was submitted at the State CID with suspect names mentioned, no justice till today.

“The Information that got to my client in October 2020 after the violent invasion and destructions of his colleague, Hon Dayo Akinleye’s GNN Hotel, Ado Ekiti, was that my client was the next target for attacks.

“The latest govt frenzy to arrest my client before police investigation for parade and political embarrassment as planned by this govt on false allegation of sexual harassment, all points to their agenda of many years, which has been to get my client at all cost and take him out of circulation or threaten his life seriously until he runs away from Ekiti politics or shoot him dead using political thugs.

“Recently, our client’s private Hospital, Pharmacy and Crèche was invaded by Economic and Financial Crime Commission acting on instructions from above (Ekiti State Government) and sealed up the property without due diligence, which caused our client and family untold hardships, pains, financial losses and sorrow.

“That on Monday 26th day of April, 2021, Mrs Oluremi Agbaje Esan, the Principal, Christ Girls School, Ado Ekiti induced a girl in our client’s abode over time abducted and incarcerated her to implicate and indict our client on alleged indecent assault and sexual harassment to perpetually keep our client off street and society on trumped up charges.

“It must be noted that the same girl being used for the latest onslaught by agent of the Ekiti State government was on 29th of April, 2021, interviewed by the Vice Principal of the said school and in the presence of the girl’s mother, Aina Obafemi, their family lawyer and two policemen, wherein she said no harm ever happened to her while in our client’s house but the chief strategist herein, Mrs Oluremi Agbaje Esan made the same girl to say different stories within three days inclusive of molestation several years ago from the same girl.

“As it is, my client cannot get justice from these people and his lives and that of his family are under siege with serious imminent danger.

“Since the trump up allegation of sexual harassment against my client broke out, the agents and proxies of the state government have been threatening to kill him, most especially for having the effrontery and daring to hold a press conference on the matter against the State Govt.

“Sir, the various unbearable activities of the present government has unequivocally threatened our clients existence and unrest.

“We are therefore urging you to use your good offices to save our clients soul by causing investigation into these several acts of brigandage and curb the heinous acts while securing the life of my client and that of his family.”