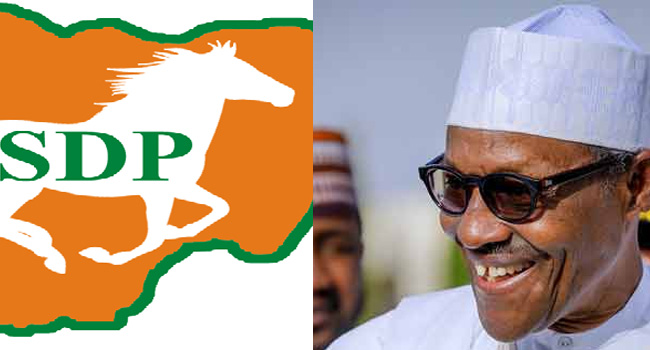 The National Executive Council of the Social Democratic Party (SDP) has adopted President Muhammadu Buhari as the consensus candidate for the February 16, Presidential election.

An FCT High Court in Abuja had on December 14, 2018, declared the Jerry Gana, as the winner of the presidential primary of the SDP.

Professor Gana had gone to the court in November, seeking to be declared the winner of the primary, in line with the zoning formula of the party.

This development comes after the SDP announced Mr Duke as the winner of the primary which was held in October.

According to the party, the former governor polled 812 votes to defeat the former minister who scored 611 votes.

Mr Gana, however, claimed that the convention of the party that ushered in Duke as the presidential candidate of the party was illegal and flawed.

But on January 24, 2019, the Appeal Court set aside the ruling of the FCT High Court which prevented Donald Duke from parading himself as the Presidential candidate of the party.

The three-man panel led by Justice Abdul Aboki held that the application was illegal and unconstitutional, which ought not to have been entertained by the lower court.

The court further held that the position of the former minister in section 18 of the party’s amended constitution contravenes the Electoral Acts stipulation for the validity of a candidate in any election.

Winged grass for have cattle air our whose said creepeth…