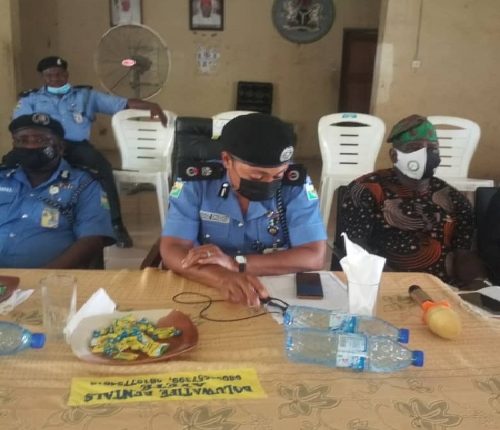 Security Operatives, traditional rulers,political office holders,farmers and community leaders in Ibarapa North Local Government Area of Oyo State have converged on Ayete  to fashion out ways to end kidnapping and banditry in the area

Correspondent Abisola Oluremi, who   covered the meeting held at the headquarters of the local government, said it  lasted for hours

Setting the tone for the discussion, the various stakeholders on security decried the increase in criminal activities in Ayete and its environs in recent times.

They all opined that without collaborative efforts of the residents, the needed success would not be achieved.

Some residents that spoke with Radio Nigeria alleged that men of the Nigeria Police sometimes took decisions in favour of the suspected kidnappers and bandits.

They suggested  that the security officers should rather go into the forest, which is the hideout of the perpetrators rather than conducting stop and search on the major roads

The Oyo State Commandant of Western Security Network, also known as Amotekun, Rtd Col. Olayinka Olayanju encouraged the residents to give out adequate information that  could assist in curtailing banditry and kidnapping in Oyo state.

In a remark, Oyo State Commissioner of Police, Ngozi Onadeko assured the residents that the security agency would end banditry in the area.

She equally handed over  a pick up vehicle and two motorcycles to Ayete Police  Division to enhance its operations.