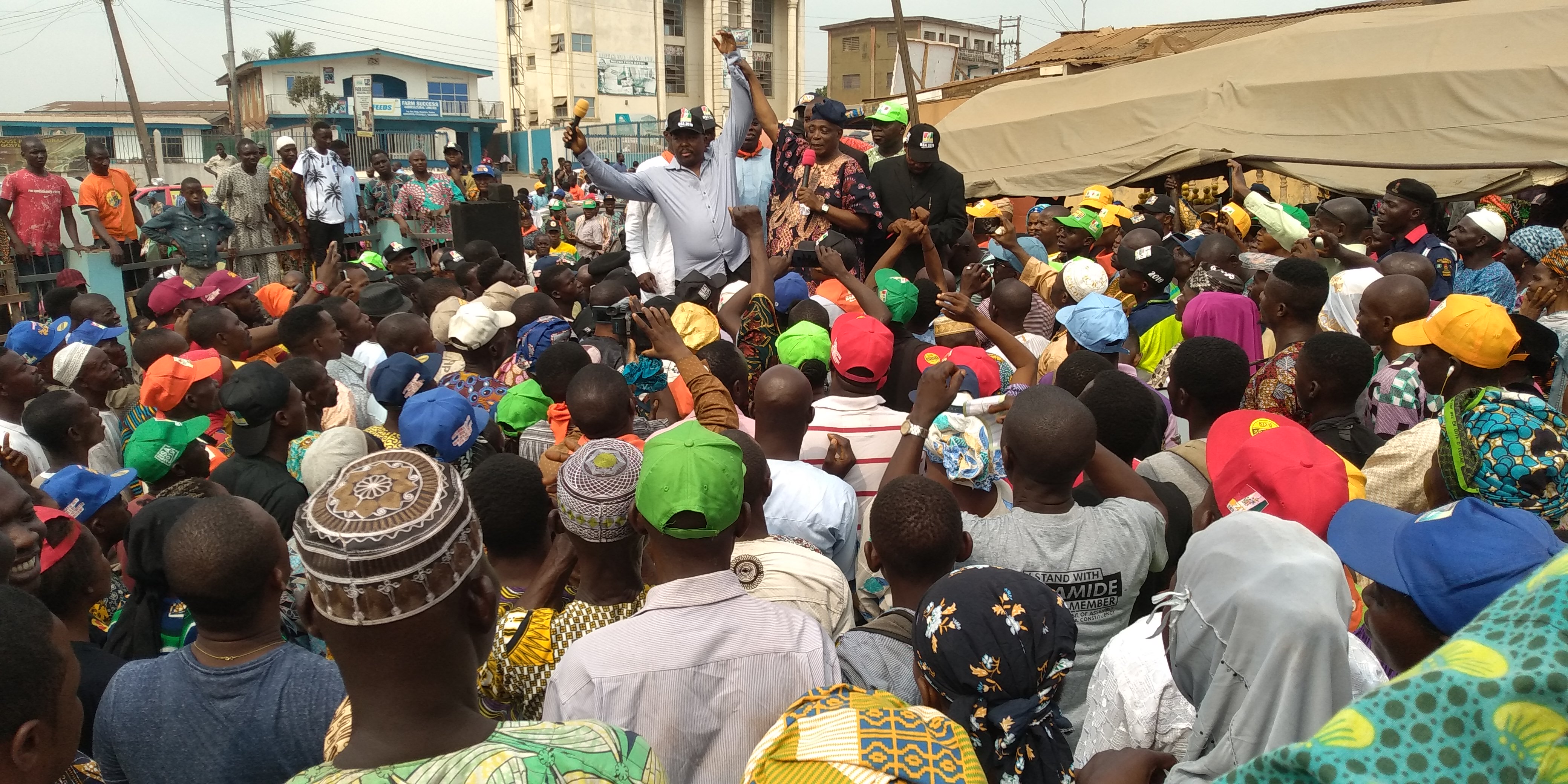 It was a cynosure of all eyes on Monday 28th of January when High Chief Ladoja and his Zenith Labour Party governorship candidate sealed all streets, Roads and Markets in Egbeda Local Government Area of Ibadan as the party campaign train tours the Local government for her first ever campaign tour in the state.

Chief Ladoja, the leader of ZLP confirmed the party readiness to gained the state administrative power by May 2019 so as to correct the abnormalities orchestrated by ill fated governor Ajimobi.

While addressing electorates at Monatan Market, Chief Ladoja said, out of all the governorship candidates, he affirmed that Oloye Sarafadeen Alli is the only experienced man in state administrative process. ” you can see, it is only Sharafadeen Alli with immeasurable experience, he did Local Government Chairman, he performed, he served under me as S.S.G and Chief of Staff, he did excellently well, he contributed immensely to my government “.

In continuation, Chief Ladoja said it painful for not seeing a government with human face since he left government, he lamented of poor education system, health care, modern infrastructure and many more. Oyo state deserve good governance, since had gone, I can see and feel the suffering, but now, am presenting you Saradeen Alli, tested and trusted candidate, with Sarafa, better administration is assured. Chief Ladoja Lamented.