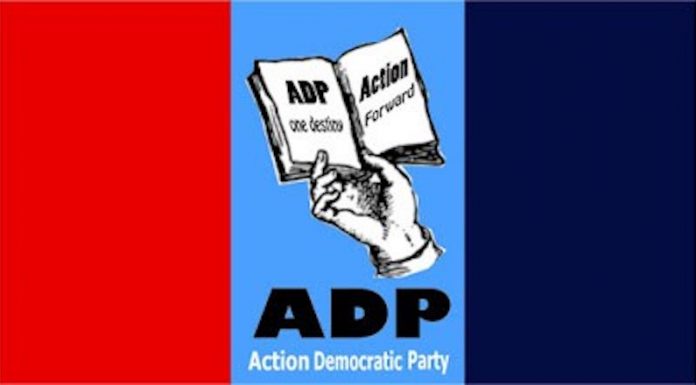 Coalition of United Political Parties( ( CUPP )
yesterday, 11th December denied any involvement of African Democratic Party in readiness of political parties coalition. This is a
reaction to the threat by the Action Democratic Party (ADP) to take legal action against the Coalition of United Political Parties (CUPP), which claimed that ADP was among the 40 political parties that endorsed the presidential candidate of the Peoples Democratic Party (PDP) former Vice President Atiku Abubakar, the coalition has said that the ADP threat was just an attention seeking ploy because the party is not part of the CUPP.

Mr. Yusuf Dani, the party’s National Chairman and Presidential Candidate had earlier issued a legal threat at the party’s national secretariat in Abuja, had alerted the public to the fact stated that ADP was never party to any coalition designed to take the country back to Egypt and warned that it would seek redress in court for the wrong notion that it was part of the CUPP .

According to Sani, “ADP cannot be a member of a coalition designed to railroad Nigerians back to the locust years or any attempt to continue with the status quo which Nigerians have emphatically rejected. Categorically clear that at no time was the ADP part of the CUPP much less endorse a consensus presidential candidate. If the CUPP does not retract the claim, the ADP would take legal action.”

Reacting to the ADP threat, the National Spokesperson of the CUPP, Ikenga Ugochinyere explained that ADP was just seeking attention.

“ADP was never part of CUPP. They are not part of our coalition and can’t get our attention if that is what their chairman is seeking . They are battling for identity in the political field,” he added

My Administration Will Assist NAFDAC To Combat Illicit,…